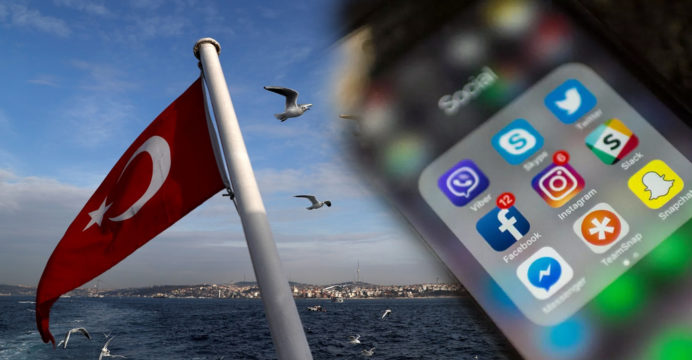 Turkey’s parliament has passed a law imposing controls on social media platforms. Human rights groups say the law is a major threat to freedom of speech.

Turkey introduced the new law at a time when there is a worldwide debate on how to tighten control over fake information about coronaviruses and online hate speech.

Social media platforms that have more than a million followers under the law must have local offices in Turkey and comply with any government requests to remove any content.

Failure to comply with this directive will result in penalties for the company and its data supply system. In other words, the speed of their data supply will be greatly reduced.

Companies that do not comply with the new law may have their bandwidth reduced by up to 95%, which means they will not be able to operate.

Under the new law, information used on social networking sites will be stored in Turkey.

Social networking platforms are very popular among the 84 million people in Turkey. Facebook, Instagram, Twitter, Snapchat and TikTok are the most popular platforms for millions of social media users in the country.