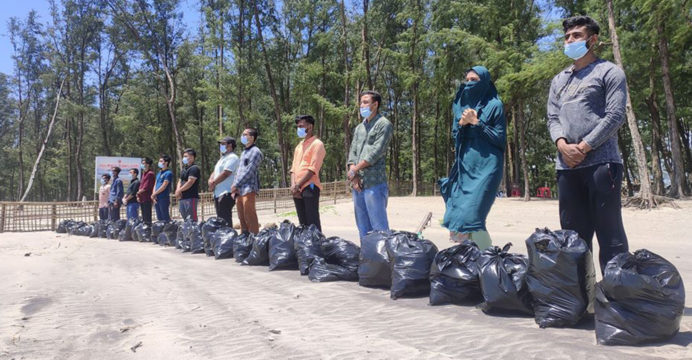 The Cox’s Bazar district administration is officially working with local environmentalists and youth organizations to clean up the huge amount of waste floating in Cox’s Bazar on the world’s longest beach.

Deputy Commissioner and Beach Management Committee President Kamal Hossain started the clean-up operation from the Darianagar area of the beach on Wednesday. Youthnet for Climate Justice has joined the campaign in response to the call of Cox’s Bazar district administration.

At the beginning of the operation, the deputy commissioner said, “We have started the work of removing the waste lying in the area of about 12 km from Nazirartek point to Himchhari point of the beach with more than 500 workers of 11 social and environmental organizations including the environment department.”

He added that “various types of wastes have polluted the beach. Because most of these wastes are bottled and plastic products. Which is not used in our country. A five-member committee has already been formed with the Additional Deputy Commissioner (Revenue) to look into the source of the waste. That committee has already begun work.” 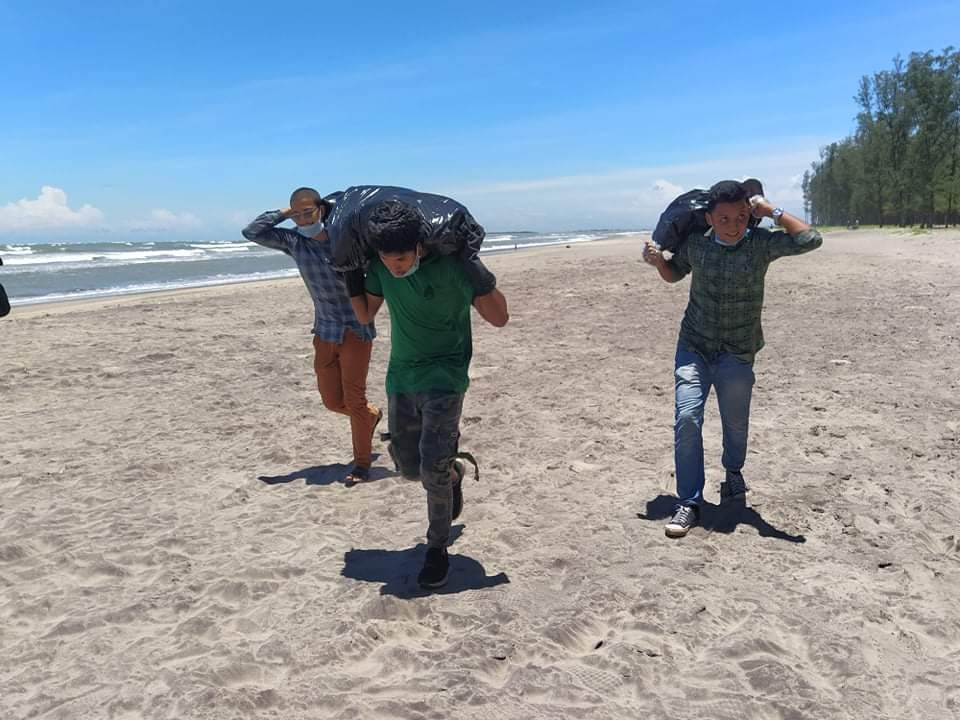 Md. Jabed Noor Shant, District Coordinator, Youthnet for Climate Justice, who led the campaign to remove and clean up waste including plastics at the Shaheen Beach Point area of ​​the beach, said, “We are working to restore the beauty of the beach. So far we have been able to collect a total of 36 bags of waste with 12 climate workers. We had a little trouble with the diabetic point. Plastic or glass bottles were comparatively less at this point than at other points. Everything was polythene and fishing net. We are very concerned about various amphibians, including dead sea turtles floating with the waste. I am seeking the intervention of the district administration to permanently stop the use of plastic and polythene to save the beach.”

Ashraful Afsar, head of the committee set up to look into the source of the waste, said, “Such waste has never found in the history of Cox’s Bazar.” We will work from Tuesday to find out how and who is dumping this waste into the sea. Hopefully, we will be able to complete the investigation within seven working days.”