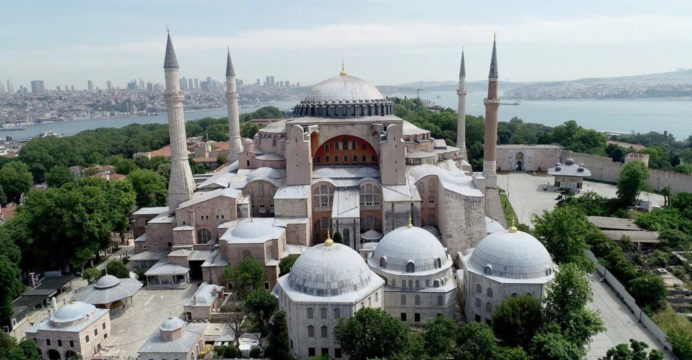 Islamists in Turkey have long called for the museum to be converted into a mosque. However, secular opponents have opposed it. The proposal urged criticism from religious and political leaders worldwide.

Speaking at a news conference, Erdogan said “Worshipers would pray inside the mosque on July 24. Like all our other mosques, the doors of Hagia Sophia will be open to Muslims and non-Muslims from home and abroad.” 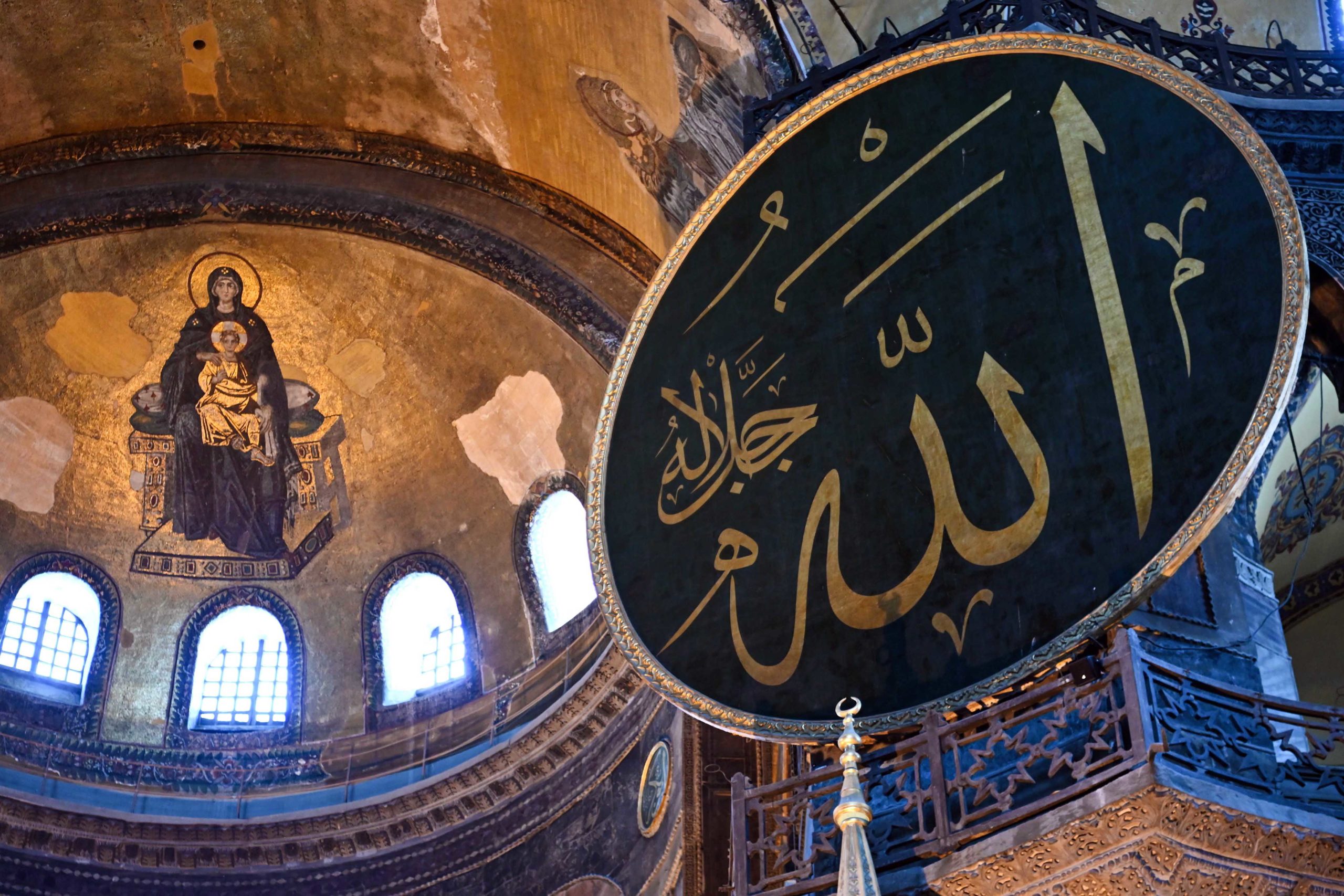 Virgin Mary and child fresco (L) and a calligraphic Roundel with Arabic letters bearing the name of Allah and other Muslim prophets hanging on the dome of the Hagia Sophia museum, in Istanbul, Turkey. – Turkey’s top court considered Thursday whether Istanbul’s emblematic landmark and former cathedral Hagia Sophia can be redesigned as a mosque, a ruling which could inflame tensions with the West.

Making changes at Hagia Sophia is extremely symbolic. Founder of modern Turkey, Kemal Ataturk decreed that it should be a museum. President Erdogan is now taking one more step to dismantle Ataturk’s secular legacy and remold Turkey according to his vision. The Turkish leader – who presents himself as a modern-day conqueror – is making no apologies for the change. He says anyone who doesn’t like it – and plenty abroad don’t – is attacking Turkey’s sovereignty.