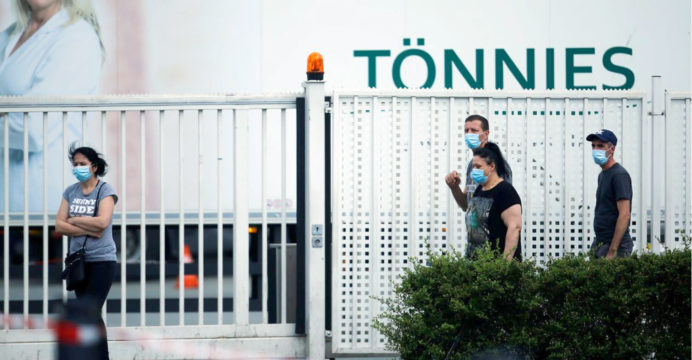 The air cooling system applied in a German slaughterhouse supported the spread of the coronavirus (COVID_19) among hundreds of slaughterhouse workers, a german hygiene expert declared it on Wednesday, a day after the mass eruption triggered restored lockdowns in the area.

Around 1,500 out of 7,000 workers have already tested positive so far at the Toennies meat processing plant in the western region of Guetersloh. Which is the country’s single most significant COVID-19 cluster to date.

Professor Martin Exner, a hygiene specialist at the University of Bonn is tasked by Guetersloh district to investigate the outbreak, announced in a press conference that the meat processing plant’s air filtration system had contributed to the spread of COVID-19 loaded aerosol droplets.

The air filtration system is intended at keeping temperatures at a cool 6-10 degrees Celsius but it continuously recycles the same untreated air into the room, told Exner.

Abattoirs have appeared as hotspots of coronavirus outbreaks in a slew of countries, including the United States, France, and Britain. 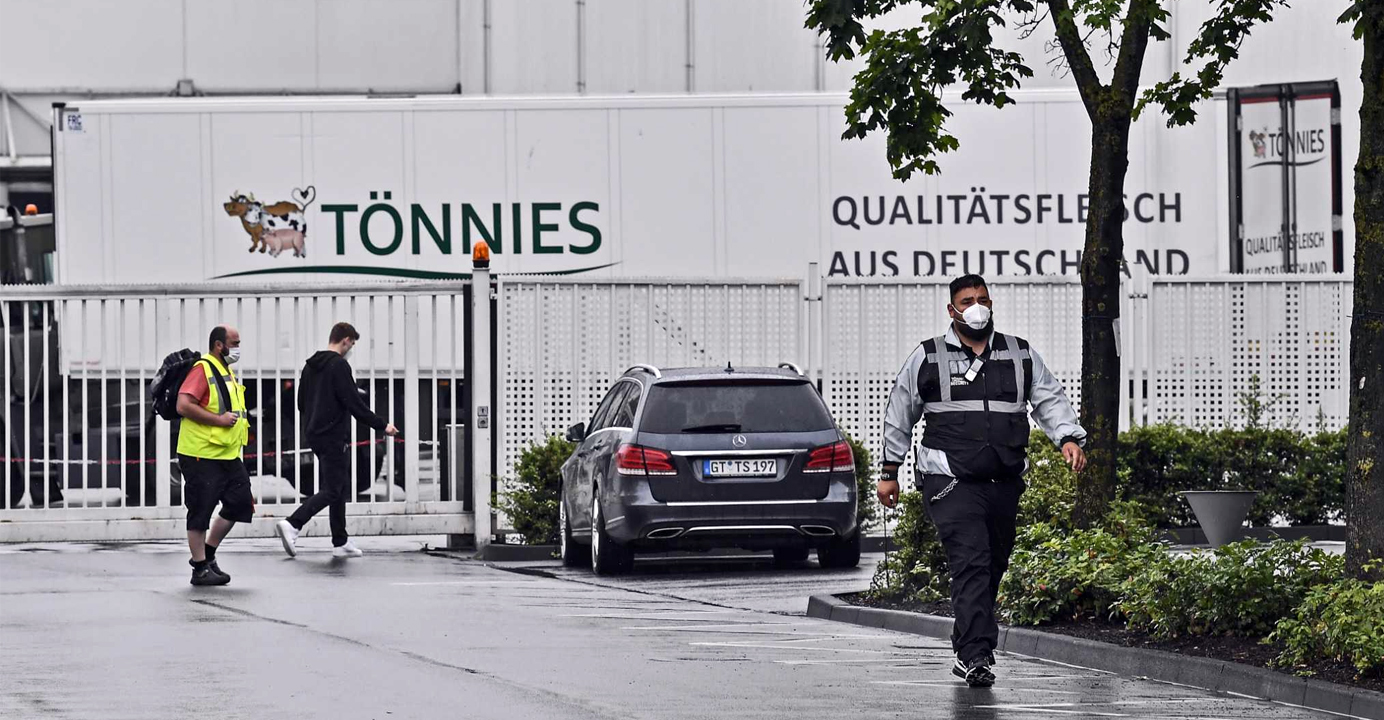 In Germany, the outbreaks have shone attention on the dire working conditions in abattoirs where low-paid workers, often from Bulgaria and Romania, operate in close vicinity and live in shared accommodation facilities.

Now that air cooling and filtration systems were indicated to play a role in the virus spread, Exner stated discussions were required to come up with a solution.

The virus cluster at the Toennies slaughterhouse urged officials in Guetersloh and a neighboring district to reimpose lockdowns on more than 600,000 people on Tuesday.

It was the first major reversal since Germany started relaxing restrictions in early May.