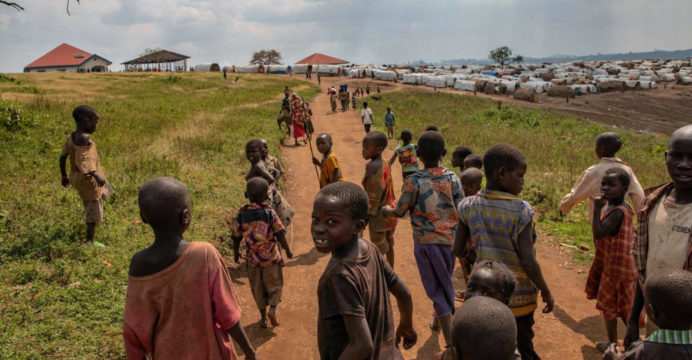 UNICEF condemned the attack on 16 people, including five girls under the age of 15, in Ituri province of the Democratic Republic of the Congo (DRC) on June 3.

“We condemn in the strongest possible terms this attack on innocent children,” stated Edouard Beigbeder, UNICEF Representative in the DRC. “We call on all parties to respect the rights of women and children.”

According to UN-verified reports, the assault took place in Moussa, a village in the Djugu area, north of the Ituri capital Bunia. The dead included 16 previously displaced people who had returned to the village and died in the attack using guns and knives. As a result, dozens of people have fled Moussa and taken shelter in neighboring villages.

More than 300 people have been killed in violence in Ituri since the beginning of the year. In April and May alone, UNICEF received more than 100 complaints of serious child rights violations, including rape, murder and defamation, and attacks on schools and health centers in Ituri.

UNICEF recommended that the security situation in Ituri is deteriorating fast and called on the international community and the Government of DRC to act swiftly to prevent a crisis that will forcibly uproot and endanger even more children.