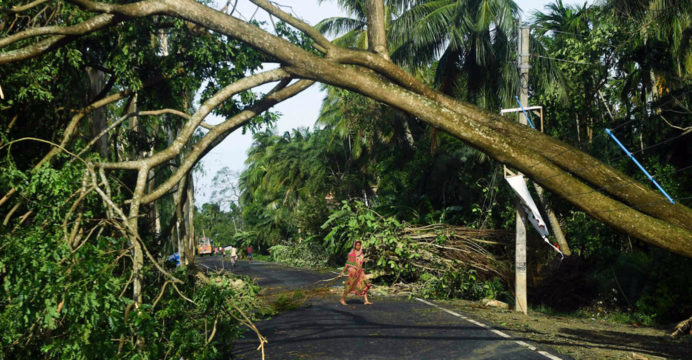 As many as 15 million consumers in 25 districts of the south, west, and north of the country lost power before the storm due to super cyclone Amphan. In most of these districts, the power distribution companies cut off power supply 12 to 24 hours before the onset of the storm.

The power supply will not be possible in the next 24 hours as trees fell on the power supply line due to the storm. Now more than one crore customers across the country are without electricity. This has been known from the sources of power distribution companies in Bangladesh.

The companies say that most of the customers will get electricity again by today midnight and the rest by tomorrow. The total number of consumers in the country is 3 crore 68 lakh.

Meanwhile, due to lack of electricity, the mobile phone network has been shut down in some parts of these areas. Somewhere the network is weak. Distribution officials told that most of the damage was in Barisal, Barguna, Patuakhali, Bhola, Pirojpur, Khulna, Bagerhat, Satkhira, Jessore, Narail, Meherpur, Jhenaidah, Kushtia, Chuadanga, Rajshahi, Pabna, Natore and Bogra.