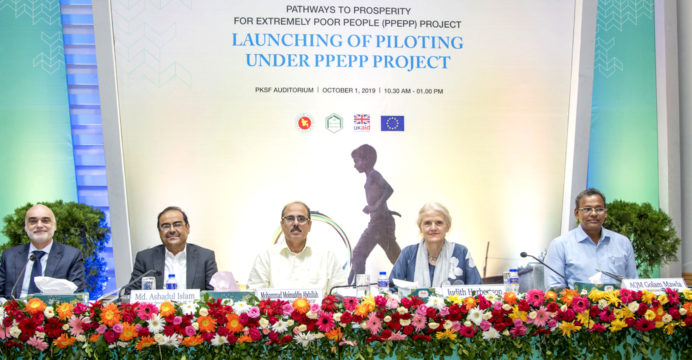 The Palli Karma-Shayak Foundation (PKSF) is going to implement a new challenging project — Pathways to Prosperity for Extremely Poor People (PPEPP) – targeting some of the extremely poor of the country.

The piloting of the project was formally launched at a program at the PKSF Bhaban in the capital’s Agargaon on October 1, 2019.

Initially, the project will be implemented over a period of six years (2019-2025) with funding from the UK’s Department for International Development (DFID) and the European Union (EU). 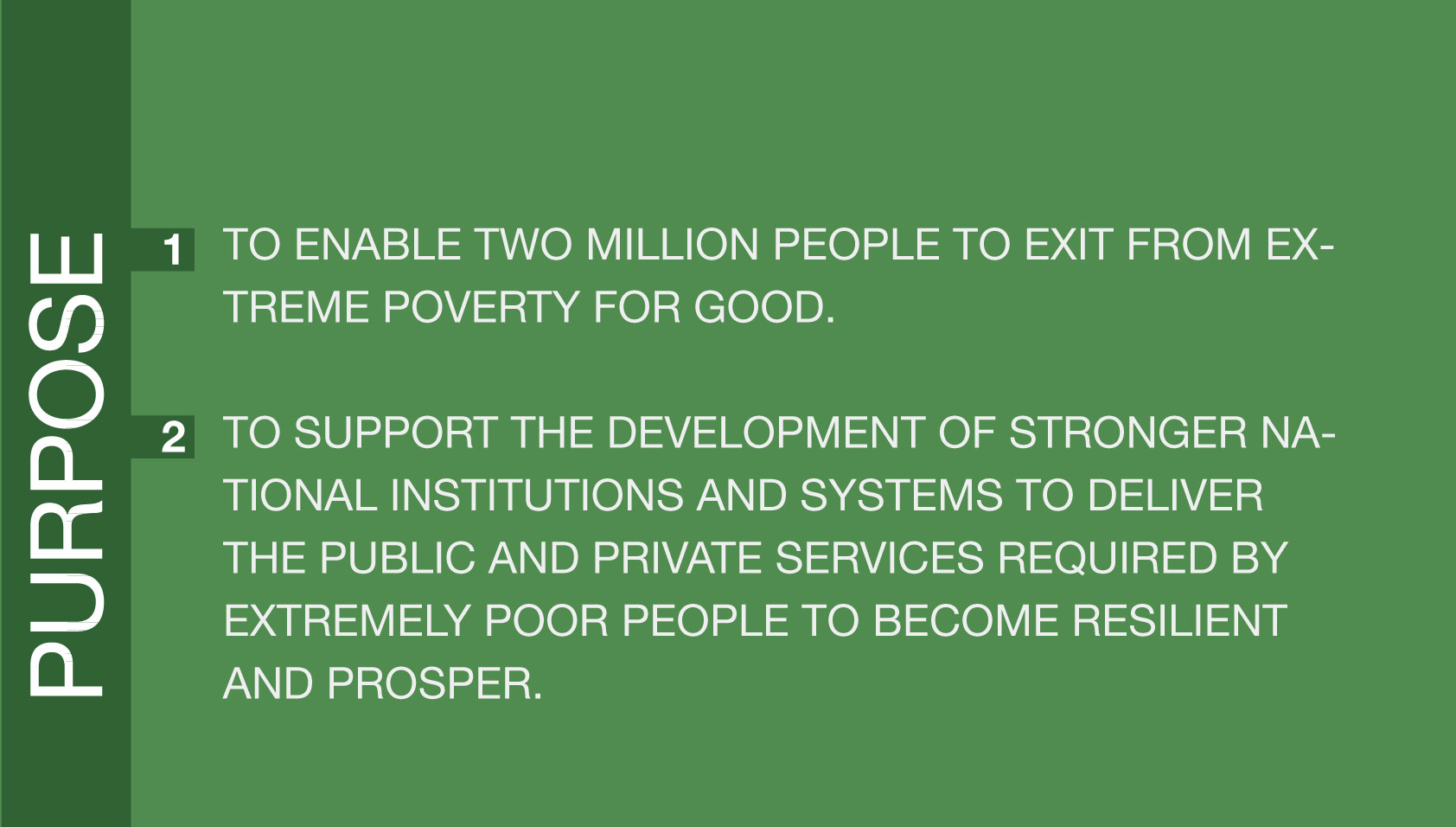 Md Ashadul Islam, a Senior Secretary of the Financial Institutions Division under the Finance Ministry, was the Chief Guest at the event, with PKSF Managing Director Mohammad Moinuddin Abdullah in the Chair. Judith Herbertson, Head of DFID Bangladesh, and Maurizio Cian, Head of Cooperation, Delegation of the European Union (EU) to Bangladesh were Special Guests.

In his speech, the Senior Secretary said the government was determined to bring extreme poverty down to 8.9 percent by 2020. He also identified the Rohingya refugee crisis and climate change impacts as two serious burdens on the economy of Bangladesh.

He expressed his hope that the PPEPP project will play an important role in achieving the Sustainable Development Goal 1, that is – NO POVERTY.

Judith Herbertson said economic growth does not always reflect the real picture of development. Inequality, malnutrition, and climate change impacts are some of the acute problems facing Bangladesh today. The UK will continue to support Bangladesh in these areas.

Maurizio Cian of the EU said that discrimination was one of the biggest challenges facing economic development. 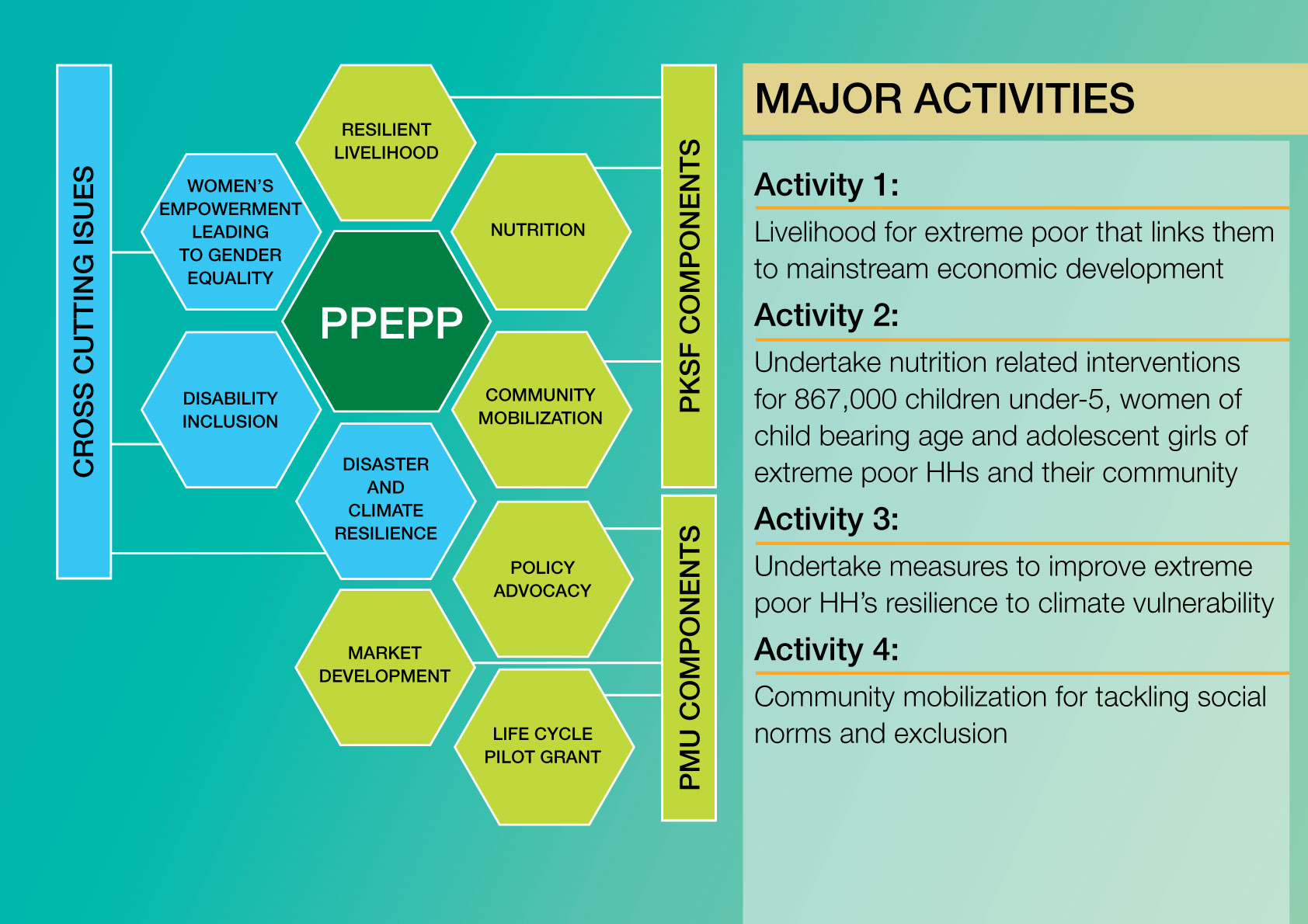 The project will be implemented through 20 partner organizations for the sustainable development of 1 million people in 150 unions under 13 districts at an estimated cost of 109.6 million GBP. 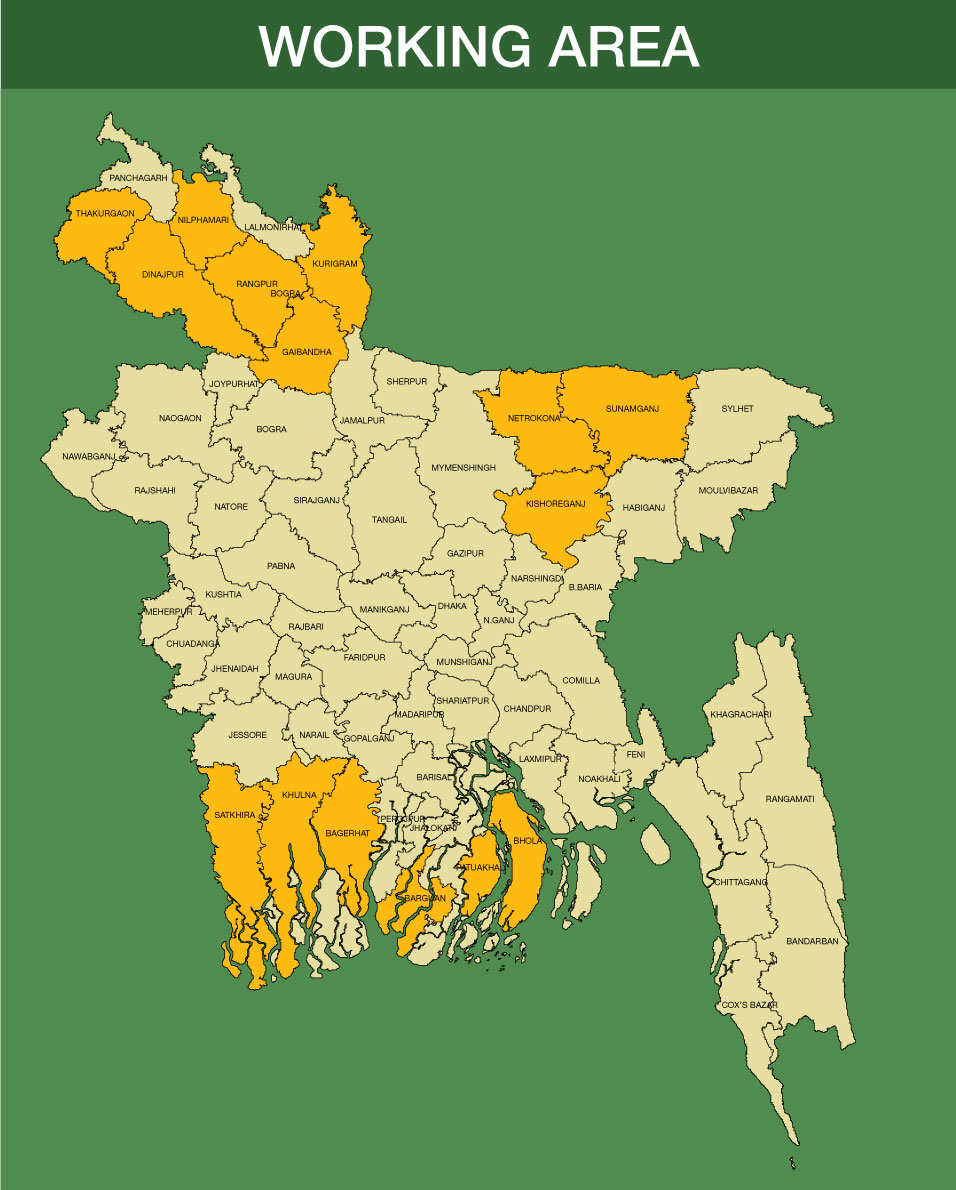 The working area of PPEPP project