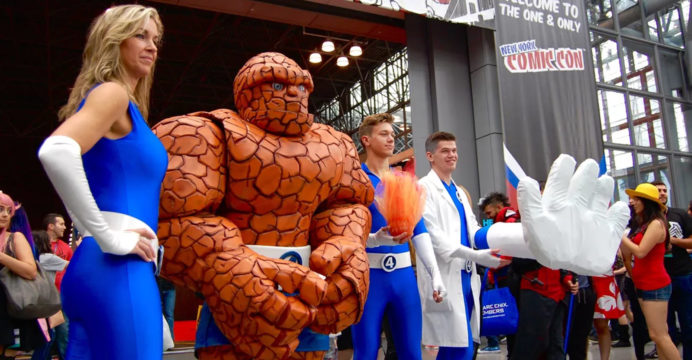 So when 135,000 geeks and nerds invade San Diego next week for the 50th edition of Comic-Con — the world’s largest celebration of pop culture — the event’s humble beginnings will be a hot topic of discussion.

The sprawling convention today draws Hollywood A-listers like Arnold Schwarzenegger, Patrick Stewart and the cast of “Game of Thrones” to its frantically hyped panels, where billion-dollar franchises are launched.

But the first iteration — the brainchild of an unemployed 36-year-old comic collector and his five teenage acolytes — drew just 100 people to a seedy hotel basement down the road in March 1970.

The “Golden State Comic-Con” was first designed as a way for fans to connect with each other and meet their heroes — the comic book creators — at a time when the genre was a million miles away from the mainstream.