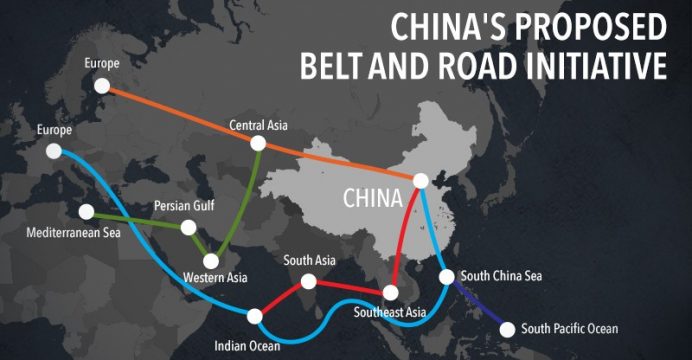 The decision by Italy to endorse China’s New Silk Road – also known as the Chinese Belt and Road Initiative (BRI) has refocused the world’s attention on this grand project which is believed to be the biggest infrastructure project in history.

During the Obama Administration, the US had shown interest in restoring its global role as a major player in world trade. It supported the pipeline project through Turkmenistan, Afghanistan, Pakistan, and India. Obama himself said that he wanted Afghanistan to be economically independent and prosperous. The US spent billions of dollars on infrastructure and energy projects and using its financial and diplomatic clout to forge new alliances in Asia. Some suggest that China’s Belt and Road Initiative came as a counterbalance to the US strategic movements in Asia.

According to a recent report by the US Council on Foreign Relations, “China’s Belt and Road Initiative (BRI) is the most ambitious infrastructure investment effort in history. But is it also a plan to remake the global balance of power?”

“Some observers believe however that the BRI is a Chinese response to a renewed U.S. focus on Asia, launched by the Obama administration in 2011. Many in Beijing read this as an effort to contain China by expanding U.S. economic ties in Southeast Asia”.

When you hear a reference to the Silk Road, what do you think of? What do you imagine? Most of us think of the ancient trading routes linking the Middle East with Central Asia and China. According to the Oxford Reference “Silk road crossing Asia from eastern China to the Mediterranean, the Silk Road was pioneered by the Chinese in the 2nd century BC. Bactrian camels carried many goods besides silk on the Silk Road, but only a small proportion of the goods, and few merchants, ever travelled its whole length”.

In 2017 China came up with the new expression One Belt One Road Initiative (BRI) that involves a gigantic series of infrastructure projects extending from China through various countries to Europe. This kind of grand plan envisages the building of bridges, roads, railway line, ports and airports, pipelines, power grids, and highways.  It includes the building of overland road or belt and maritime routes to link Asia with Europe and Africa. 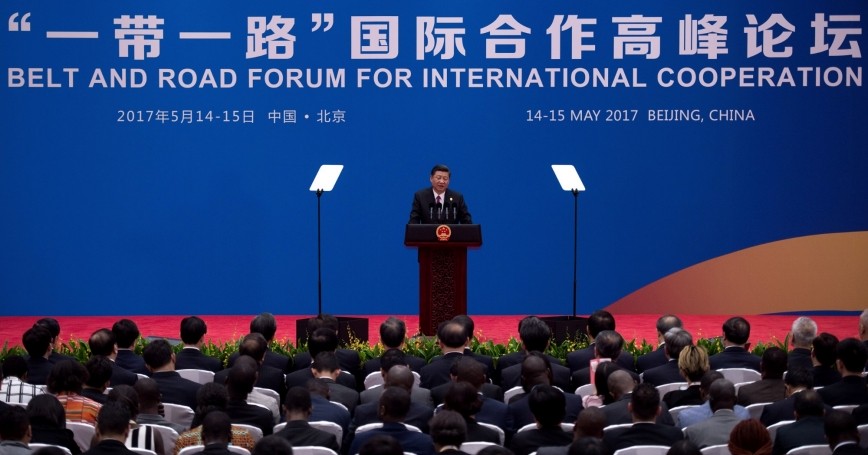 According to a Bloomberg report, the total cost could reach $1.3 trillion by 2027. Experts, observers, and critics consider this as Chinese ploy to extend and spread its economic influence in the world. This is the American view which is shared by the EU excluding Italy of course.  Some 80 countries stand to participate and benefit from the project at least in theory.  It has been branded as the “Project of the Century”. The Belt and Road Initiative, championed by President Xi, aims to link China by sea and land with southeast and central Asia, the Middle East, Europe, and Africa, through an infrastructure network on the lines of the old Silk Road.

HOW AND WHO WILL FINANCE IT?

The estimated cost up to 2027 is $ 1.3 trillion. No figures are available for this project that can take up to 15 or 20 years to complete.

Initially, Chinese financial institutions will lend some $600 billion. $199 billion will come from China-controlled “Asian Infrastructure Investment Bank” and the World Bank is providing some $60 billion  The irony is that the USA is working towards creating trade barriers and imposing tariffs, but China is opening up the world.

Of course, China denies it has any political ambition to impose its hegemony and extend its military influence. The EU, the US, and Japan are suspicious of China’s real intentions. In theory, the project should revive the economies of many countries and should lead to economic growth and prosperity but in reality, there would be risks. Geopolitical upheavals, corruption, budget and cost overruns, countries defaulting on their commitments the risk of building massive white elephants.

Italy the 7th largest economy in the world has agreed to sign a memorandum of understanding (MOU) by the end of March 2019 to be part of China’s Belt and Road Initiative (BRI). The Chinese President Xi Jinping is visiting Italy later this month and the signing of the MoU is likely to happen during the visit.  The question observers ask does Italy really need to be part of this contentious scheme.  In 2017 China exported S29.2 billion worth of goods to Italy and imported $15.2 billion from Italy.

Italy’s top export markets are Germany, USA, and the UK. Italy’s imports come from Germany, France, and the UK.  Italy, a founding member of the EU would be the first G7 country to endorse China’s controversial Belt and Road global investment drive according to the FT. The Italian move has drawn a critical reaction from the White House and the general attitude is that Italy will not benefit from this project.

According to the London Financial Times, “Italy’s support for China’s BRI initiative would undercut US pressure on China over trade and would undermine Brussels’ efforts to overcome divisions within the EU over the best approach to deal with Chinese investments”.

In Brussels, they believe that the inclusion of EU members and some Eastern European countries in the Chinese BRI is a Trojan horse to divide the bloc.

Last year, Theresa May, the UK prime minister, declined to endorse the BRI in writing fearing that the UK would commit itself to a long term project that may put a huge burden on UK budgets with no obvious benefits.

Chinese President Xi Jinping announced the launch of both the Silk Road Economic Belt and the 21st Century Maritime Silk Road in 2013. , BRI, is one of the most ambitious infrastructure projects ever conceived to connect South East Asia with Europe and Africa through an extensive network of roads ports, maritime ports, and airports. This project is seen by many as a demonstration of China’s rising power and influence. The USA shares the EU’s view that the BRI is a Trojan horse for China’s military ambitions and economic hegemony.

Nehad Ismail is a journalist based in the United Kingdom. He writes on the economic issues particularly oil and gas. He has a special interest in the Middle East. He worked 15 years in the oil industry and 6 years in the media. He worked in a newspaper and in a TV channel presenting a political program between 2005 and 2010 (Arab News Network). His articles appeared in many esteemed media. He reviewed more than 12 books.
1 Comment