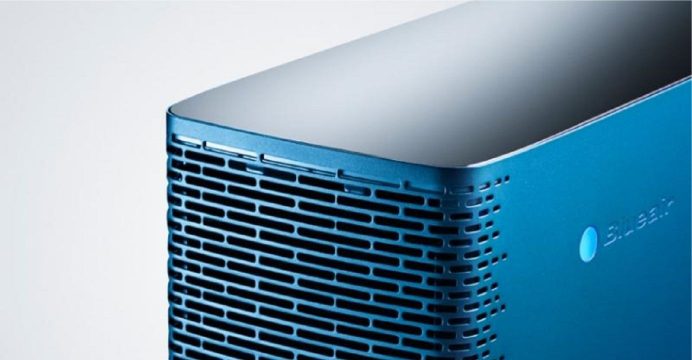 Blueair is one of the world’s leading producer of air purification solutions for home and professional use. Founded in Sweden, Blueair delivers innovative, best-in-class, energy efficient products and services sold in over 75 countries around the world.

Blueair’s latest range is based on the Blueair HEPASilent™ technology which removes 99.7% of all airborne particles such as smoke, dust, pollen, bacteria, mould and pet allergens. Households, particularly with new-borns whose lungs are still under development and homes with elderly and members suffering from asthma, allergies and respiratory illnesses would benefit from this technology.

At the launching event SINGER Marketing Director Chandana Samarasinghe said, SINGER has launched this world-class Blueair Air purifier at a time when it has become a dire need in Bangladesh. He quoted a World Health Organization report that says five among the top 10 causes of death in Bangladesh is related to air pollution.

“Children are more vulnerable to this danger. I hope that Blueair Air purifier by SINGER will give a respite to parents from this concern’’

“We are happy to enter into Bangladesh in partnership with Singer, the country’s leading consumer electronics /distributor, and in a market where awareness of the positive health benefits of breathing clean air is building slowly but efficiently. SINGER is the perfect partner for Blueair in Bangladesh with its reach and ” added T. R. Ganesh.