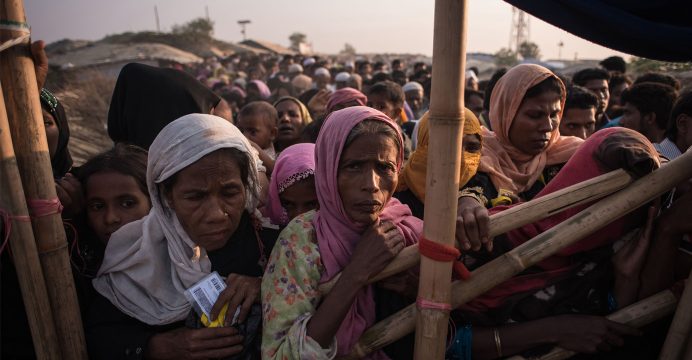 The urge was made when Consul of Singapore in Bangladesh William Chik made his introductory call on Foreign Minister in the latter’s office this morning, a foreign ministry press release said here today.

With reference to the Rohingya crisis, the Foreign Minister thanked Singapore for standing beside Bangladesh with humanitarian assistance.

Dr Momen also mentioned that the government of Bangladesh is now working to realize the vision of “Golden Bangla” and sought support of Singapore in Bangladesh’s development strides.

The Consul of Singapore said his government stands ready to further strengthen relationship with the new government of Bangladesh under the leadership of Prime Minister Sheikh Hasina.

William assured the minister that he would convey the urge of reducing bilateral trade between the two countries to his government for taking appropriate actions in this regard.