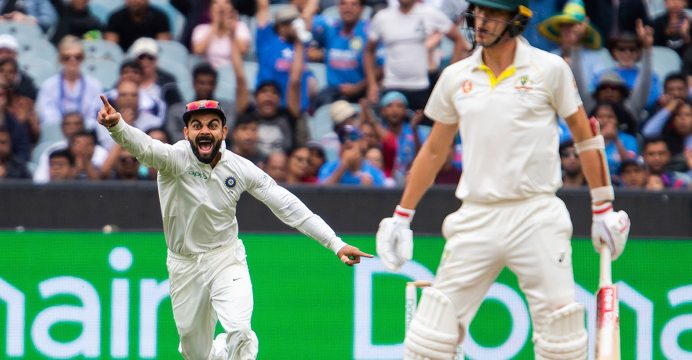 India thrashed Australia by 137 runs to win the third Test in Melbourne and secure an unbeatable 2-1 lead in the four-Test series on Sunday.

Skipper Virat Kohli had declared India’s second innings at 106 for eight, leaving the home team to chase what would be a record fourth innings total of 399 at the Melbourne Cricket Ground.

Australia resumed after rain wiped out the morning session on 258 for eight, with Pat Cummins not out 61. He managed only two more runs before falling to Jasprit Bumrah as the hosts were all out for 261.

It leaves India zeroing in on a first-ever series win in Australia with just the Sydney Test next week to go.

India won the first Test in Adelaide by 31 runs with Australia bouncing back to claim the second in Perth by 146 runs.