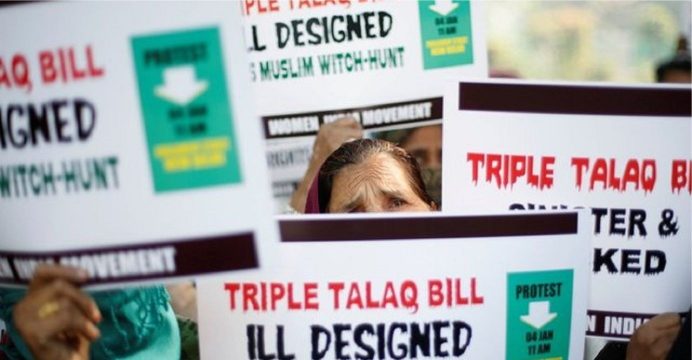 The Supreme Court outlawed the practice last year, but Modi’s government wants to make it a non-bailable offense carrying a jail term of up to three years, following protests by Muslim women, reports Reuters.

Federal Law Minister Ravi Shankar Prasad told a news conference the cabinet approved the decree because the practice persisted despite the court decision.

In August last year, the Supreme Court ruled unconstitutional a law that allowed Muslim men to divorce their wives simply by uttering the word “talaq”, or “divorce” in Arabic, three times.

The government has been trying to pass legislation to “explicitly ban” the procedure. In an Independence Day speech last month Modi said he would “not stop till they get justice,” referring to the women.