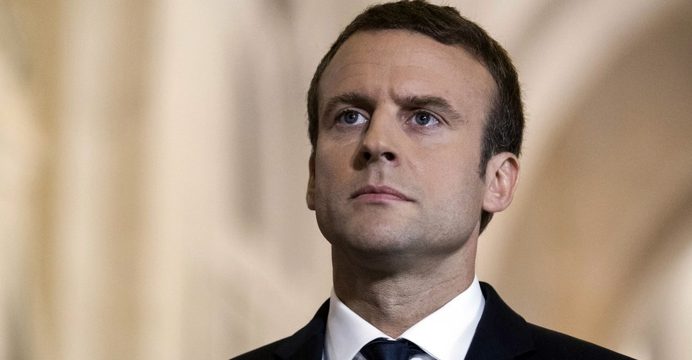 With nine months to go before European parliament elections, France’s President Emmanuel Macron will on Monday renew his plea for a more integrated EU, against a global wave of nationalism.

Welcomed as a saviour of the European Union on his election last year, the French leader has seen his ambitious plans diluted as the 28 members’ interests diverge, with challenges such as Brexit and the ongoing tussle over immigration into the bloc.

In a speech to ambassadors in Paris on Monday Macron is expected to underscore some of his signature projects, such as a single eurozone budget, a European defence force, the taxation of tech giants and a common policy on
migrants.

But some of his main ideas clash with new populist governments in Eastern Europe and Italy, with right wing and upstart populist parties on the rise in countries across the region.

“(Since last year) the world has changed a lot with the upsurge of nationalism and the crisis of multinationalism. We must be even more dynamic in order to adapt to these developments,” said advisors at the Elysee Palace.

Macron has grappled with a damaging domestic scandal over a top aide that has distracted from his push for constitutional reform.

And internationally the French leader, lauded by supporters for his fresh approach, has yet to reap many rewards from his professed friendship with US President Donald Trump.

The approach has not prevented a burgeoning trans-Atlantic trade war, while Trump has also sought to scupper a landmark deal curbing Iran’s nuclear programme and has blasted European nations over their spending on NATO.

“We are more in negotiations on procedures, like the eurozone budget, and less in the grand leap forward,” said Claire Demesmay, an analyst at the German Institute of Foreign Policy.