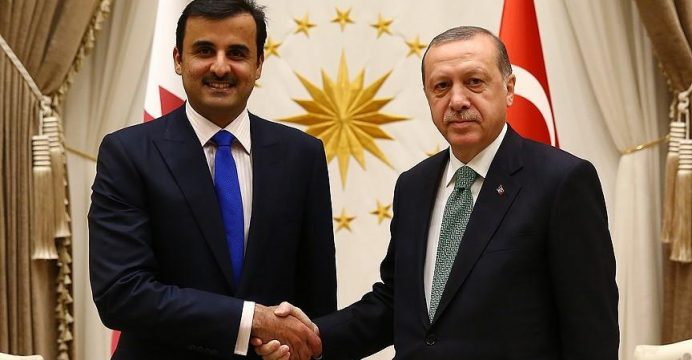 Amid the financial turmoil, the Turkish Lira rallies as Qatar invests $15 bn

On August 11, the London Financial reported that “Turkey was thrust into a full-blown currency crisis”.

In the last 2-3 weeks, the Turkish Lira has lost about a quarter of its value since the U.S. sanctioned two ministers in Erdogan’s administration over the continued detention of a U.S. Pastor Andrew Brunson to increase pressure on Ankara for his release. Erdogan has rejected Washington’s pleas, saying that Turkish judiciary won’t take orders from abroad.

Turkey has been rocked in recent weeks by a large drop in the value of the Turkish currency the Lira in reaction to US President Donald Trump’s tweet last Friday that Washington was doubling aluminum and steel tariffs for Ankara. The Lira slumped to a fresh all-time low of 6.4915 against the dollar.

Turkish President Erdogan has taken a number of urgent steps to protect its economy from an escalating feud with U.S. counterpart Donald Trump over an American pastor held in Turkey.

US President Donald Trump said Friday that he has authorized to double the tariffs on steel and aluminum products from Turkey to 50 percent and 20 percent respectively. pic.twitter.com/3aUSp4S4tp

The lira achieved a modest gain of 6 percent after Qatar’s Emir Sheikh Tamim Bin Hamad Al Thani made the pledge after a 3-1/2-hour meeting with Erdogan in Ankara on Wednesday.

Turkey has been a key backer of Qatar since the gas-rich Gulf state was blockaded by Saudi Arabia, the UAE, Egypt, and Bahrain in June last year.

Erdogan has strongly denounced the sanctions against Doha and sent cargo ships laden with food to the besieged emirate when Saudi Arabia closed Qatar’s only land borders and the other Gulf States ended flights and shipping routes to the country.

With the pledge, Turkey is reaping the rewards of standing by its wealthy Arab ally while Gulf neighbors led by Saudi Arabia cut off diplomatic ties with Qatar last year. Since tightening his grip on power in June elections, Erdogan’s relations with the U.S., a NATO ally, have deteriorated.

That Turkish support for Qatar during the stand-off with Saudi Arabia finally paid off. The question is would China and Russia do the same to bail out Turkey? However, it is worth remembering that even before the latest $15 bn pledge, Qatar’s investment in Turkey had surged over $19bn (about QR70bn), which is expected to increase further in the coming years.  Qatari investments in Turkey is the second highest value by any country in Turkey.

President Recep Tayyip Erdogan of Turkey urged his country on Tuesday not to buy American products, saying, “If they have the iPhone, there is Samsung” as an alternative.

NO SUBSTITUTE FOR CONCRETE STEPS

No doubt Turkey will recover in due course but the spat between Ankara and Washington has escalated when Turkey slapped more taxes on an additional range of American imports including Apple iPhones, wines and foods etc. in retaliation to the higher tariffs imposed by Washington on Turkish steel and aluminum. According to Bloomberg “Turkey will impose an additional 50 percent tax on U.S. rice, 140 percent on spirits and 120 percent on cars”.

Although John Bolton, Mr. Trump’s national security adviser, met Turkey’s ambassador to the US for talks on Monday, August 13, there was no suggestion that the U.S. had backtracked from its ultimatum for Turkey to release Andrew Brunson, the pastor, before negotiations can proceed. 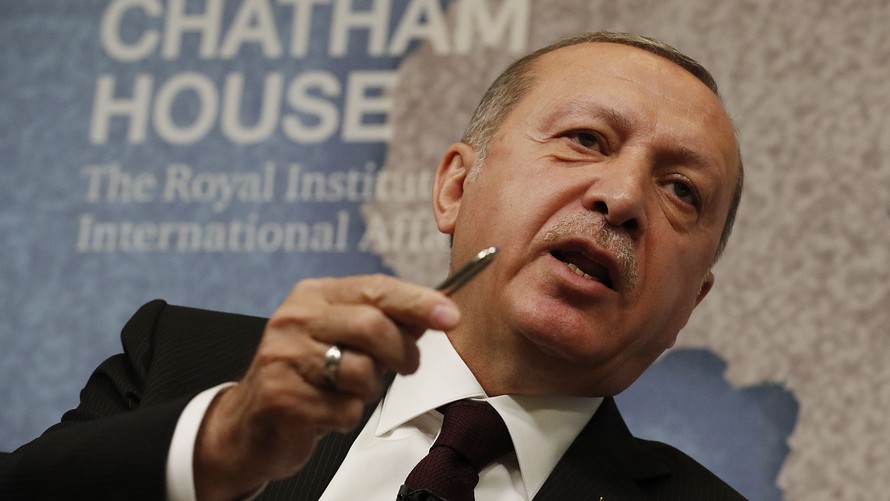 Turkish president Erdogan blames the American President Donald Trump for starting the trade war, but independent observers blame the mismanagement of the Turkish economy and the excessive borrowing from foreign banks and not permitting the Turkish Central Bank raising interest rates. If the situation deteriorates further, Turkey may have to resort to the IMF for rescue. The financial press in the West says Turkey must restore the confidence of investors and take steps like raising interest rates and tying the Lira with the Euro or the American dollar.

The Turkish business community, by and large, supports the government but demand a clear economic roadmap. They want a programme of action and steps to deal with the crisis. They heard enough speeches and belligerent declarations.

A case in point is the plight of Yasar Holding, a producer based in the coastal city of Izmir. Yasar Holding is vulnerable to the sharp depreciation of the Turkish lira against hard currencies that have occurred during 2018. 55 percent of the company’s debt and 30 percent of its costs were in hard currency which makes it very difficult and expensive to service this debt. 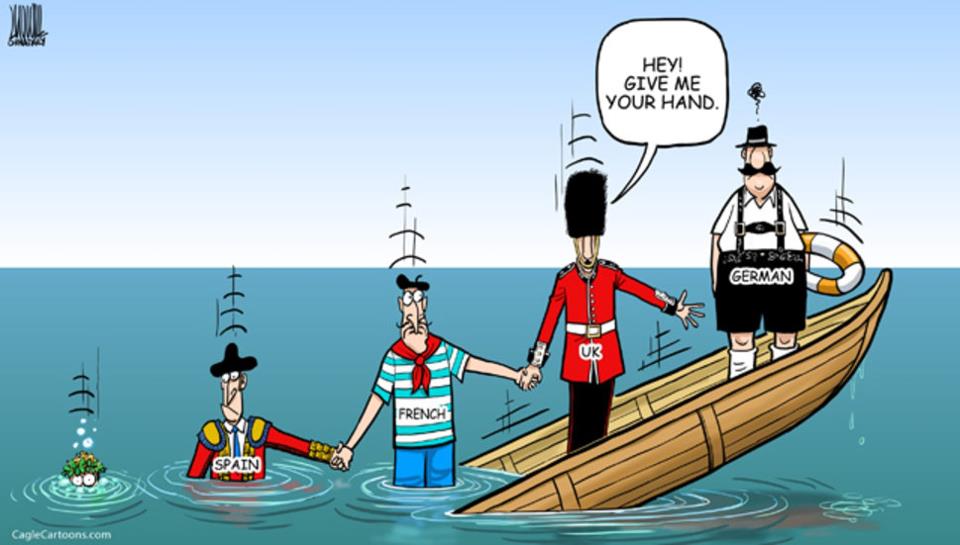 Meanwhile, the Financial media reported that “leading Turkish business groups have called on Ankara to tighten monetary policy, introduce austerity measures and seek to resolve a dispute with the US as a matter of urgency after a currency crisis that has battered the lira. The move is a rare show of public criticism from Turkey’s corporate sector, with many business figures reluctant to openly challenge the government of President Recep Tayyip Erdogan”

Experience in the Western economies in such a situation is for the government to adopt tighter monetary policies in order to stabilize exchange rates. The Turkish Lira until recently had lost 40 percent of its value during 2018.

The Wall Street Journal on Tuesday, August 14 focused on the burden of debts that Turkey must pay back at some stage, 50% of which are in hard currency and expensive to service when the value of the local currency is falling in relation to the US Dollar. 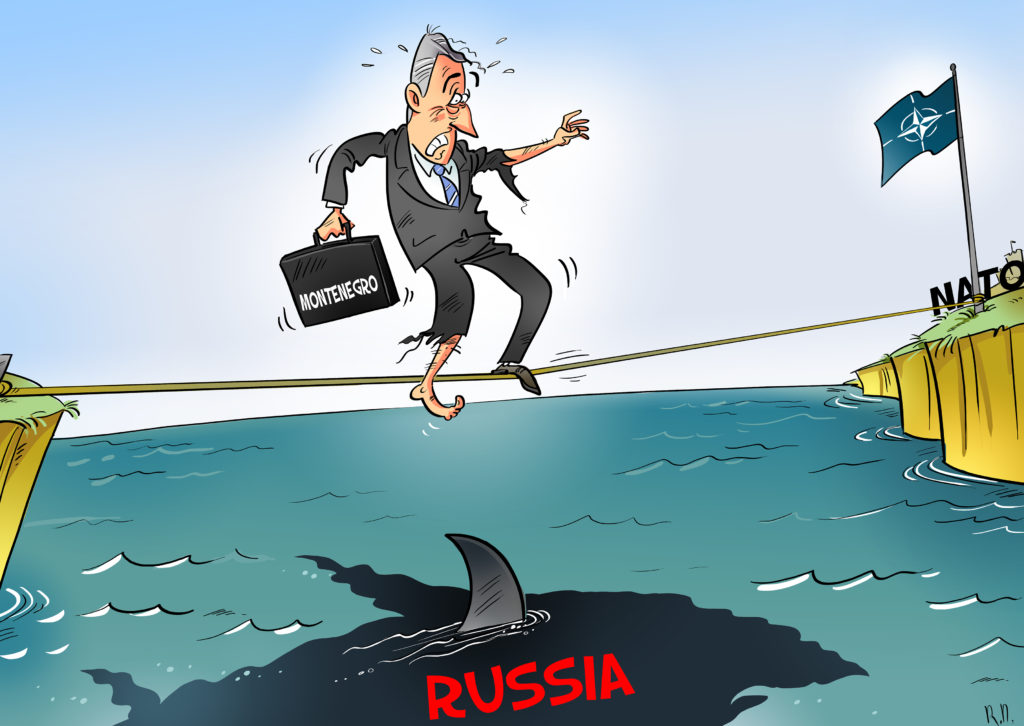 Turkish companies hold $293bn in foreign currency loans, and the falling value of the Turkish currency has made it even harder for many companies to service their debt.

An ABN Amro report on Thursday said investors were worried Turkey would not be able to finance its annual external financing requirement of about $218bn — which includes funds needed to maintain Turkish companies’ foreign-denominated debt as well as the country’s hefty current account deficit.

For Turkey’s banks, the figure is $76bn.

Mr. Trump also doubled steel and aluminum tariffs on Turkish imports last week and Ankara is concerned about possible US sanctions on Halkbank, a state-controlled lender, for circumventing sanctions on Iran.

HAS THE TURKISH DELIGHT TURNED SOUR?

Bloomberg summed up the problem like this “Turkey’s biggest, and most immediate, problem is linked to the fact that it can’t support the Lira with conventional means: Erdogan won’t allow the central bank to raise its benchmark lending rate (which sit at an eye-watering 17.75%) and doesn’t have the requisite amount of U.S. dollars to defend its decline on foreign exchange markets. 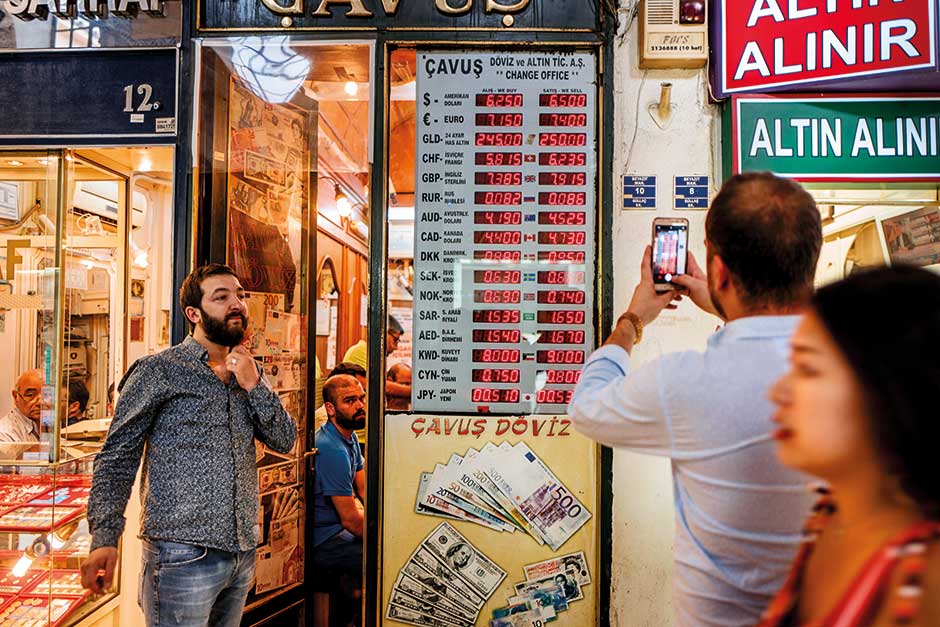 A man uses a mobile phone to take a photograph of international currency exchange rates on display outside a bureau in the Grand Bazaar in Istanbul, Turkey. Investors worry that Erdogan is standing in the way of interest-rate hikes needed to stabilize the currency.

In fact, it holds virtually no U.S. dollars in its $80.7 billion worth of foreign currency reserves despite shifting more than $1.7 billion worth of goods to the United State each year. And while China recycles much of its trade cash into U.S. government bonds (it owns around 6.8% of the $18 trillion in outstanding US debt), Turkey prefers to purchase gold, which has fallen more than 7.4% in dollar terms over the past five years.

Turkey’s economy, at around $860 billion which is four times larger than Greece and around 6.5% of the total Eurozone GDP. It’s also a key NATO ally with around 80 million people that sits in one of the most strategically important areas on the globe and has acted as a wedge between Europe and the Gulf region for more than half a century. 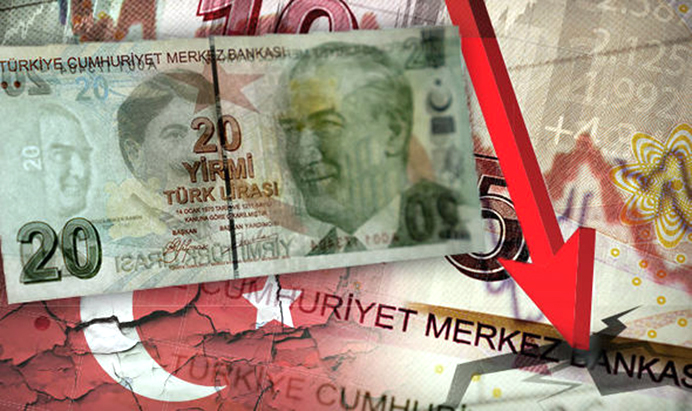 Europe banks alert that Turkey is on the brink of collapse fear as Lira plummets threatening Euro crisis.

Turkey is not unique when it comes to the collapse of the currency, Argentina’s peso, the South African Rand, the Egyptian Pound, the Iranian Rial and the Russian Rouble have all dropped substantially over the last few weeks. Even the Indian Rupee witnessed recently its biggest fall in 20 years.