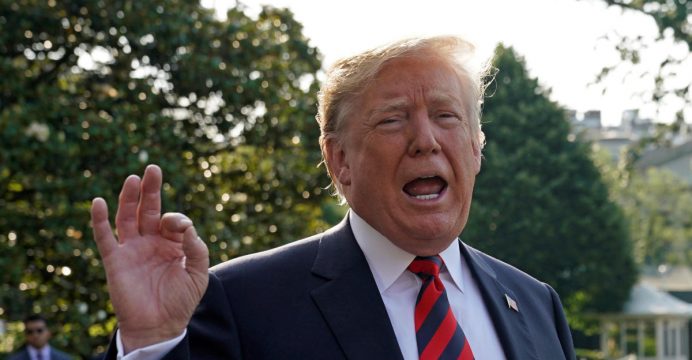 The OPEC Monopoly must remember that gas prices are up & they are doing little to help. If anything, they are driving prices higher as the United States defends many of their members for very little $’s. This must be a two way street. REDUCE PRICING NOW!

The prices are refusing to go down. WTI West Texas Intermediate crude for August delivery rose 19 cents to $74.33 a barrel when trading ceased around 1 p.m. on the New York Mercantile Exchange, holding near a three-year, intraday high of $75.27 on Tuesday. There was no settlement on Wednesday because of the holiday.

Brent for September gained 48 cents at $78.24 a barrel on the London-based ICE Futures Europe exchange and traded at a $6.28 premium to WTI for the same month. On top of global supply disruptions, rising demand is also helping push up prices.

According to media reports the telephone conversation last Saturday between Donald Trump and King Salman of Saudi Arabia focused on three main points; stability in the oil market, global economic growth and making up for the shortages of oil from Venezuela and Iran. It is rare for a US President to make such specific demands of an ally.

Commenting on this I said in a recent TV interview at @AlarabyTV that what we see here is political interference in the oil markets at the highest level. Russia, USA and Saudi Arabia each producing close to 11 million barrels per day, with a combined production of almost 33 million barrels per day Russia, USA and Saudi Arabia are responsible for the supply of one-third of the global oil supply which is according to International Energy Agency IEA is 100 million barrels day. Does this suggest that the three producers will control the oil agenda for the next few years?

During the phone conversation, last Saturday Donald Trump has called on Saudi Arabia to increase oil production by an extra 2m barrels a day, as he tries to keep oil prices down while simultaneously urging the world not to buy oil from Iran because of re-imposed sanctions against Iran.

Most news reports indicate that the Saudis have not publicly agreed to this demand specifically,  Saudi Arabia along with Russia agreed in Vienna last month to increase output by 1m b/d but also paved the way to for the other members to flout agreed production limits i.e. producing more oil.,

Spare global production capacity is the additional output oil-rich countries can bring to market within 30 days and can sustain it for 90 days at least. It is not an open-ended commitment.

Potentially and in the long run Saudi Arabia can produce 15 million barrels per day and exports 11.5 million barrels, but this will take some years of expanding the infrastructure and the rebuilding a new major port at the Red Sea, but for now, 2 million barrels of extra oil a day is a tall order.

The US President Donald Trump is lashing out at OPEC and Saudi Arabia in particular. He is demanding that they produce 2 million barrels a day over and above their current production. We know from the recent Vienna meeting that Russia, OPEC, and others can increase production by 1 million barrel per day. Delivering 2 million barrels cannot be done immediately, unlike ordering two pizzas or coffees. It takes time to organize the logistics and to plan the production schedule plus other technical difficulties which must be overcome.

At the same time Trump’s own actions are reducing the supply of crude oil to market. Trump is demanding that importers of Iranian oil stop buying which mean a minimum of 1.5 million barrel will disappear from the markets.  Venezuela and Libya are producing only a third of their regular production. Even Canada is experiencing outages. Suncore Energy Inc. is taking 350,000 barrels a day through this month according to a Bloomberg report. 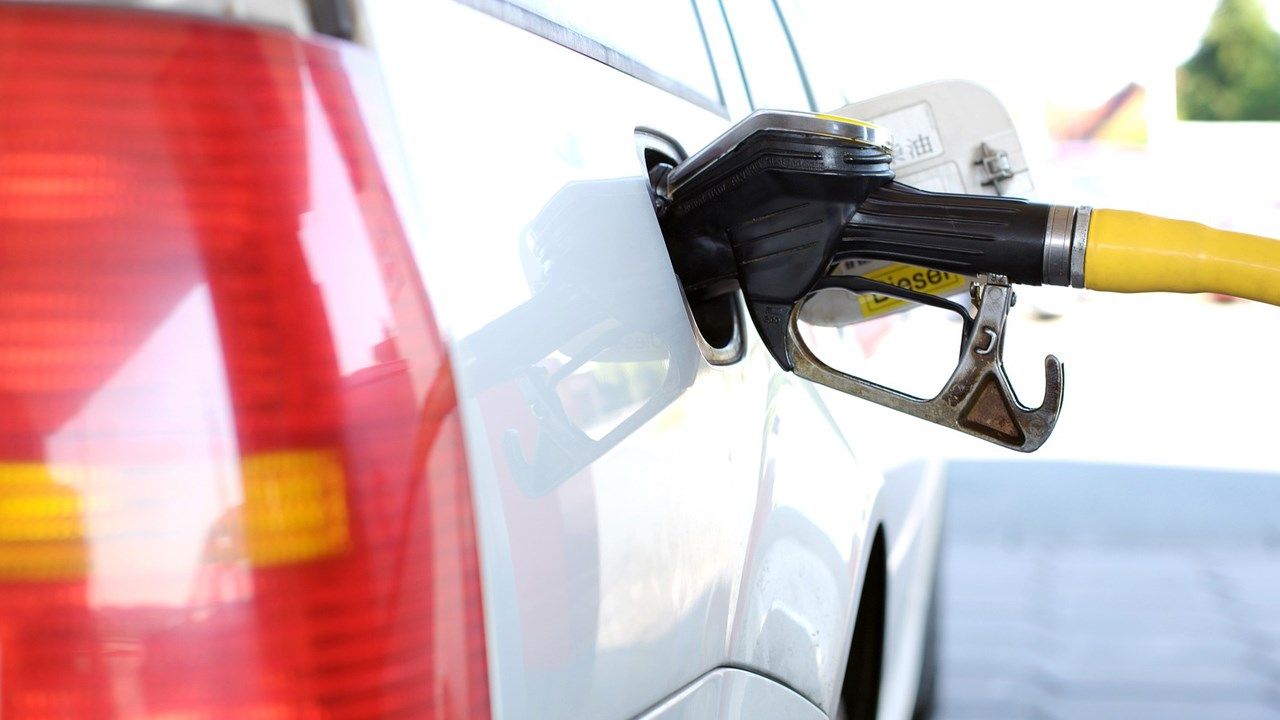 TRUMP’S PROBLEMS ARE AT HOME

Trump’s real problems are at home. Last month Bloomberg highlighted the concerns over infrastructure bottlenecks in the Permian basin which is the center of the shale’s industry. The question is whether or not the shale industry will be able to keep up with production forecasts. The IEA predicts the U.S. will add 1.7 million barrels per day in 2018, followed by another 1.2 mb/d in 2019.

Obviously, the bulk of that is expected to come from the Permian, and while the IEA acknowledges pipeline bottlenecks in the Permian, it has not significantly altered its supply forecast. “While producers are bumping up against pipeline bottlenecks, supplies will continue to rise through 2019,” the IEA said in its June Oil Market Report. It is estimated that these bottlenecks due to lack of pipeline capacity and large seas ports will not be resolved until 2020 at the earliest.

If less oil is delivered due to lack of pipeline capacity, prices will go up. Also, refineries are unable to cope with the demand.

“The increase in refining activities lead to declines in U.S. crude stockpiles as refiners increase demand for oil to process. Crude inventories are sliding, after lagging previous years’ declines for the beginning of peak driving season”.

Record crude production from the Permian Basin can’t keep up with all-time high demand from refiners and exporters. Stockpiles posted the biggest June drop on a percentage basis since 2009, tumbling across the Midwest and Gulf Coast.

Refining problems due to lack of pipeline capacity and a shortage of port berths. All this comes in the middle of tariff wars with China and the EU which Trump himself started. So here we have it, the petrol prices in the US filling stations are not caused by OPEC but by problems inside the USA itself.

Trump is genuinely worried about gasoline prices at the pump. American motorists are unhappy paying a lot more for their petrol. At the mid-term election, they punish the party in power and this time round the Republicans will be hammered. The average driver is now paying $440 during 2018 above what he paid in 2017. This is a problem for Trump with the mid-term elections in November looming. Trump will blame OPEC and everyone else but he is not prepared to look at his own backyard.

Amin Nasser, the Chief Executive of Saudi Arabia’s state energy giant Saudi Aramco, has told the London Financial Times, “The kingdom could increase its output and sustain it at 12m b/d, but this would not be immediate and could take about six months. Energy analysts say it could take even longer”.

The Saudis are also reluctant to over-produce fearing a collapse in the prices. Their preferred target price is $80 per barrel as this will help to enhance the value of Aramco the state-owned energy giant when 5% of its value is floated in the London Stock Exchange and/or New York during 2019.

The FT says other Gulf Arab countries such as Kuwait and the UAE, as well as Russia, have extra output capabilities, but they are at a far lower level than the kingdom. Any rapid increase in production by Saudi Arabia could be seen as bullish for the market, particularly as supply from big producers is already taking a hit — from Venezuela to Libya — even before a drop in output and exports from Iran after the re-imposition of sanctions has begun. 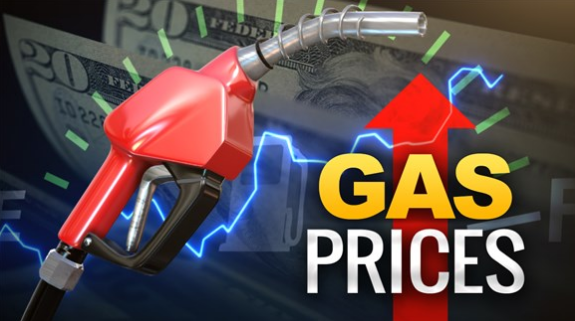 Meanwhile, Iran president Rouhani is making threats to other OPEC members mainly Saudi Arabia and UAE both of whom are willing to help the USA in terms of pumping more oil. Rouhani’s message is this: “If Iran is not allowed to export its oil, others won’t”. I was asked in the TV interview if this means a military threat and I said only if Iran tries to block navigation in the Strait of Hormuz, the US might act militarily. But I stressed that the Iranian threats are mere rhetoric and soundbites that will come to nothing at the end.

The Strait of Hormuz is at the mouth of the Gulf, the world’s biggest concentration of tankers that carry about 30 percent of all seaborne-traded crude oil and other liquids during the year. Over 17 million barrels pass through the straits every day. By interfering with this vital waterway, Iran would be making a huge mistake.