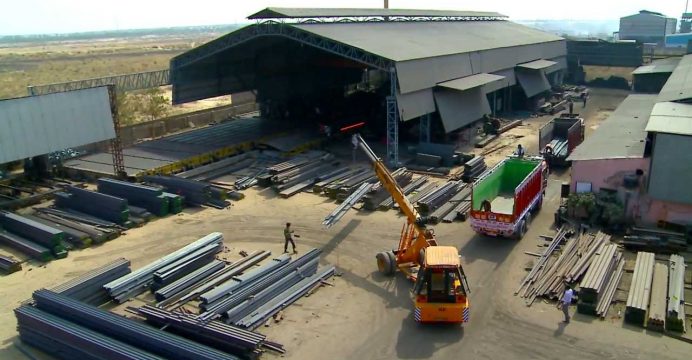 State Minister for Finance Muhammad Abdul Mannan said it’s a shame that Bangladesh imports more from Somalia than from its neighbor Nepal.

“The point is why we don’t trade? There are some distrust and fear and I think we should have to do away with that,” he said.

He was speaking Thursday at the concluding session of the two-day-long regional seminar on ‘Importance of BRI and BBIN for South Asia’ organised by Bangladesh Institute of International and Strategic Studies (BIISS) in the city.

“We want to live together to have a prosperous life because we think that our distrust has cost us a lot.”

In terms of trade, Bangladesh is facing a lot of non-tariff barriers in India and Dhaka is in talks with Delhi over the matter, he said.

About the Belt and Road Initiative (BRI), the grand Chinese vision, he said, “We believe Bangladesh will benefit from it.”

China is only 90 kilometres from Bangladesh, Mannan said before adding, “Our strategy is we see the larger picture and move forward.”

About the fear of debt trap by Chinese money, “Nobody can put money into my mouth unless I open my mouth.”

On the Hambantota port scenario, he said that in Sri Lanka there were some political contexts and it was not purely an economic initiative. “Our government is very careful. We measure our capabilities, own capacity and we only borrow when we need to,” he added.

Indirectly criticising World Bank, he said, “Rather than borrowing from another place, I don’t want to name, I would prefer that I would borrow from AIIB (Asian Infrastructure Investment Bank), from the Indian government on g-to-g basis and try to improve the ground realities so that the loan is usefully employed.”

He feared that Bangladesh could be an indebted country, if it continues to use excessive amount of loan in projects which are not that much economically viable.

“If we build at the expense of five billion dollar the rail line on Padma, it will be a white elephant. If we build project like Rooppur Nuclear power plant, we will not be able to pay back the debt,” he said.

It’s the destiny that lies with us, not with anybody else, he said adding “China is not giving us money if we don’t want it. If we want it for bad projects that is our fate.”

Former Nepalese commerce secretary Purushottam Ojha said BRI is important for his country as it wants to get rid of future blockade from India.

“1988 is not the only single blockade that Nepal faced from India, there was blockade in 1975 and 2015. it has created a lot of suffering to the Nepalese. If there is any political anomalies or misunderstanding, the easiest way is the blockade,” he said.