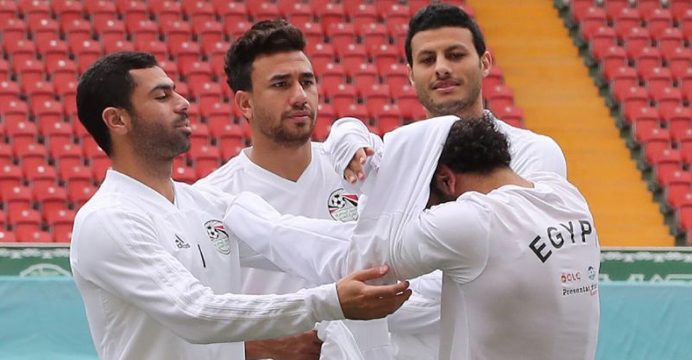 Mohamed Salah is a looming obstacle as Russia attempt to virtually secure their place in the knockout stages of the World Cup in Saint Petersburg on Tuesday.

Fears that poor performances from the home side could dampen enthusiasm in the host nation were blown away by a 5-0 demolition of Saudi Arabia in the opening game.

The seven-time African champions will pose a much tougher task, but a lot will depend upon Salah’s fitness.

Liverpool star Salah has not featured since leaving the field in tears early in the Champions League final just over three weeks ago after landing heavily on his left shoulder and had to watch from the bench as Egypt lost 1- 0 to Uruguay in their opening game.

Salah has been declared 100 percent fit by Egypt’s team doctor and his agent, leaving little doubt he will be thrown back into action in the Pharaohs’ hour of need. 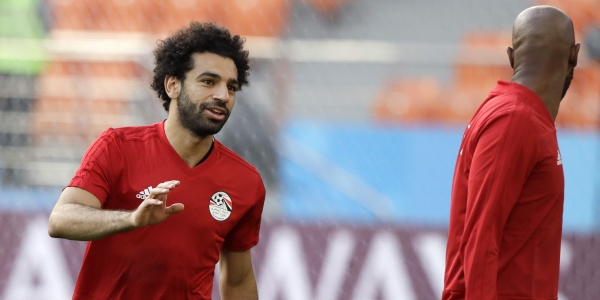 However, as he returned to training on Saturday, Salah was seen by AFP reporters at Egypt’s training camp in Grozny needing help from teammates to lift a training top over his head.

“Salah participated in training with his teammates for the entire session and he is ready to play against Russia according to technical staff,” Egypt’s team manager Ihab Leheta told FIFA.com.

Egypt coach Hector Cuper’s decision not to risk Salah against Uruguay may have been influenced by the fact his side held out for 89 minutes before conceding to Jose Gimenez, by which time the Argentine had made all three of his substitutions.

“Russia’s game is fateful and difficult because of our defeat against Uruguay,” said Leheta. “Winning is our only choice”.