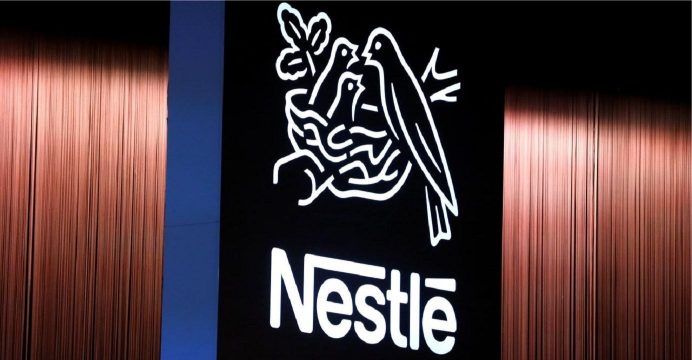 Nestle to make further cuts to the amount of sugar, salt and saturated fats in its products

Nestle will make further cuts to the amount of sugar, salt and saturated fats in its products as it tries to improve the image of packaged foods in the eyes of health-conscious consumers, the Swiss group said on Tuesday. Nestle and its rivals are under pressure from a shift in consumer preferences toward healthier food and away from processed products such as instant noodles and frozen pizza.

The maker of KitKat chocolate bars and Maggi soups is responding with healthier products and is also moving into higher growth categories, such as coffee, pet care, bottled water and infant nutrition. The company said it wanted to cut sugar by another 5 percent, on top of the more than 34 percent reduction achieved since 2000, and salt by another 10 percent in addition to the more than 20 percent saved since 2005, reports Reuters.

It also confirmed its commitment made in 2014 to reduce saturated fats by 10 percent in all relevant products that do not meet World Health Organisation recommendations.

“The trend toward healthier foods is to be observed worldwide,” Chief Executive Mark Schneider told journalists at a briefing in Vevey on Lake Geneva, where the company has its headquarters.

“We are putting a lot of resources into this,” Schneider said.

Nestle spent 1.72 billion Swiss francs ($1.71 billion) on R&D last year. Food and drinks for children were a particular area of focus, Schneider said as he presented a “Nestle for Healthier Kids” campaign that also includes programmes and online services to educate parents and carers on what children should eat.

Nestle said it had launched more than 1,000 new products last year to meet the nutritional needs of children and would further enhance products for kids with fruits, vegetables, fiber-rich grains, and micronutrients. Reformulating recipes to make its products healthier is part of Nestle’s effort to keep its products attractive for consumers.

This year it launched a new “Milkybar” white chocolate bar that has 30 percent less sugar. “Combining the convenience of packaged foods with healthy good nutrition, that is where our sweet spot is,” said Schneider, who took the top job at Nestle last year with the declared goal of reigniting sales growth.

To achieve this, Nestle has also been shedding underperforming businesses such as U.S. confectionery and expanded Nestle’s footprint in health foods, with vitamin maker Atrium, and coffee thanks to a deal with Starbucks announced just last week.