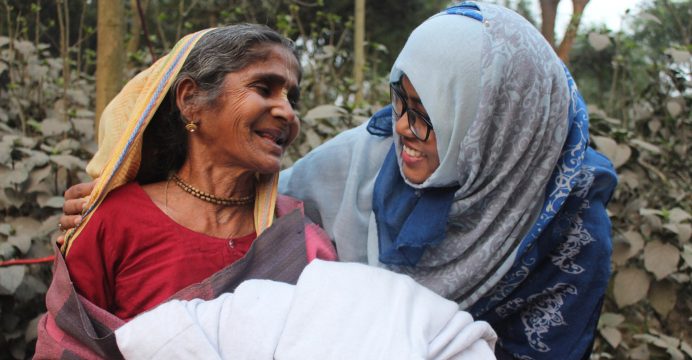 Sumaiya Zafrin Chowdhury, is one of the renowned woman Entrepreneur, Community Leader & Social Worker in Bangladesh. She has 7 years work experience with Strong Community and Social work background in different national & international organization.

Sumaiya is passionate about helping those less fortunate than her, especially women. She has dedicated much of her time and continues to take steps toward to women’s independence, equality, and empowerment in her community in Bangladesh. She believes there needs to be a growing focus on women’s entrepreneurship, opportunities, innovation, health, tech education and digitalization of underprivileged slum women.
.
Currently, she is the Director of non-profit youth lead volunteer organization Human Aid Bangladesh, Director of Sadhinota Blood Transfusion Centre and Director of CPA IT LTD.

Sumaiya is a Global Youth Ambassador under Her Excellency Mrs. Sarah Brown, wife of Former British Prime Minister Gordon Brown, under A World at School : Theirworld.

Sumaiya is Regional Director at CoderGirls. CoderGirls is an international nonprofit organization to educate and enable female students in computer science.

Sumaiya was a participant of The Inaugural Commonwealth Youth Summit – the first of its kind, which was inaugurated by His Royal Highness Prince Charles of Wales during his first visit to Malaysia and The Deputy Secretary-General of The Commonwealth, Dr. Josephine Ojiambo. This Summit welcomed 300 of the brightest young leaders of The Commonwealth out of 1800 applicants.

Also, she has been involved in many events as an organizer and speaker and she hopes to expand her activities, and support more women in the future. She is an inspiration for all those women trying their hard to come forward into mainstream entrepreneurship, Community leadership and social work.