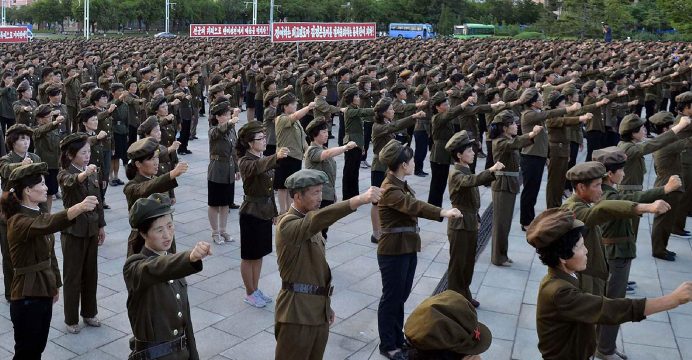 North Korea “continued to export almost all the commodities prohibited in the resolutions, generating nearly $200 million in revenue between January and September 2017,” said the report by the experts seen by AFP.

The Security Council last year adopted a series of resolutions to tighten and expand exports bans aimed at cutting off revenue to North Korea’s military programs.

The United States led the push for tough economic sanctions after North Korea’s sixth nuclear test and a series of ballistic missile launches that raised fears that the US mainland could soon be within reach.

Seven ships have been barred from ports worldwide for violating UN sanctions with coal and petroleum transfers, but the experts said much more must be done to confront “these rampant illicit activities.” The panel found that North Korea “is already flouting the most recent resolutions by exploiting global oil supply chains, complicit foreign nationals, offshore company registries, and the international banking system.”