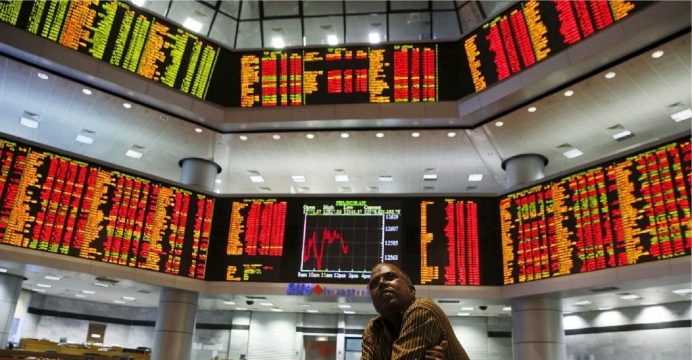 In morning trade, Hong Kong rose 0.4 percent to break 32,000 for the first time. The market has fallen only once in the past 17 trading days. Tokyo rose 0.5 percent to a fresh 26-year high.

The rally in Asian markets showed no signs of slowing on Thursday with most posting fresh gains and Hong Kong hitting new records as investors tracked another milestone on Wall Street.

While some analysts are warning of a possible correction, traders remain bullish on equities thanks to a healthy economic outlook across the world, optimism over the impact of Donald Trump’s tax cuts and strong corporate earnings, reports BSS.

Attention on Thursday is on the release later in the day of annual Chinese economic data, which will provide a fresh look at the world’s number two economy and the key driver of global growth. Expectations are for a slight pick- up from 2016 following a string of impressive readings over the year. 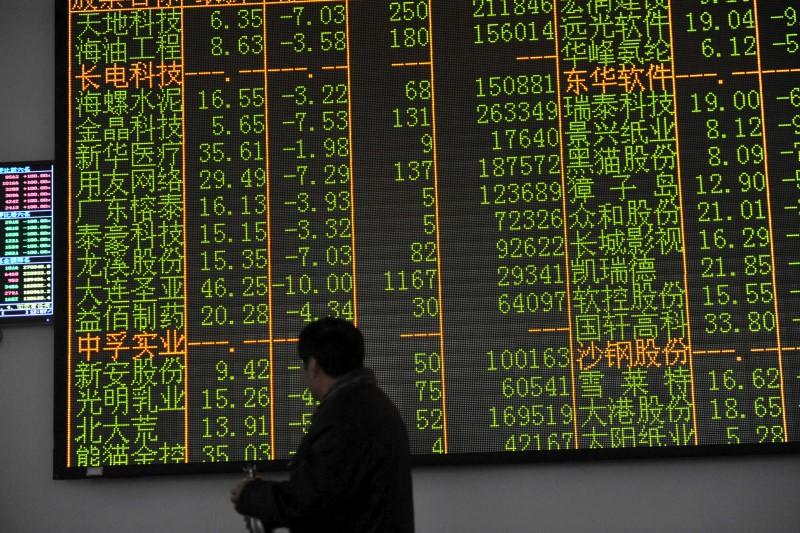 An investor looks at an electronic screen showing stock information at a brokerage house in Hangzhou, Zhejiang province

In morning trade, Hong Kong rose 0.4 percent to break 32,000 for the first time. The market has fallen only once in the past 17 trading days. Tokyo rose 0.5 percent to a fresh 26-year high.

A survey by Bank of America found fund managers were upbeat about the outlook and see equities continuing to rise into next year.

However, she added that “nominal returns in markets are liable to be lower than they’ve been in the recent past”.

There was also a word of caution from Joachim Fels at Pacific Investment Management, who said: “the fact that the fear is gone is the main reason why we should be worried”.

Adding to the upbeat sentiment was news that Apple will pay almost $40 billion in taxes to repatriate $350 billion following Trump’s tax cuts, with the California-based firm saying it will also add jobs, hike wages and spend more on innovation.

“This is exactly the encouragement that Trump’s tax policy constructed for. The move by Apple will influence and at the same time impose pressure on other multinationals to follow suit,” said Shane Chanel, equities and derivatives adviser at ASR Wealth Advisers.

The pound held onto gains against the dollar after climbing Wednesday on comments from European Commission chief Jean-Claude Juncker that he would welcome any British attempt to rejoin the EU after it leaves.

The remarks raised hopes Britain could exit on more favorable terms than have been expected and follow speculation about a possible second referendum.

“Some smooth-talking from Jean-Claude Juncker helped propel the pound… as he appeared to not only suggest that the UK could come back after they leave but equally in the change of tone reflects that a ‘soft’ Brexit is now becoming a high probability,” said Greg McKenna, chief market strategist at CFD and FX provider AxiTrader.

Bitcoin climbed more than 15 percent to $11,700, according to Bloomberg data, a day after falling through the $10,000 mark for the first time since mid-December.