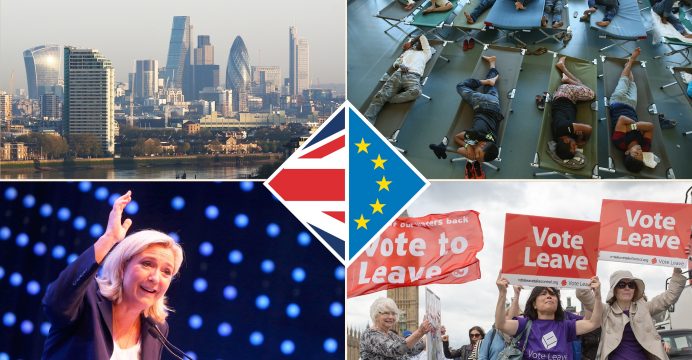 Britain’s Carillion collapsed on Monday after its banks lost faith in the construction and services company, forcing the government to step in to guarantee major public works contracts.

In one of the biggest British corporate failures in recent years, Carillion went into compulsory liquidation after costly contract delays and a slump in new business left it swamped by debt and pensions liabilities of around 1.5 billion pounds ($2.1 billion).

The demise of the 200-year-old business poses a headache for Theresa May’s government which had employed Carillion to work on 450 projects including the building and maintenance of hospitals, prisons, defense sites and a high-speed rail line.

The government’s priority is to ensure that public services are not disrupted, said David Lidington, the minister in charge of the Cabinet Office which oversees the running of government.

Some contracts handled by Carillion would go to alternative providers, he added. Lidington urged the company’s staff to continue to work and said the government would pay their salaries.

Although the government has promised to support workers and ensure contracts are delivered, it has stopped short of bailing out the company as it did with major banks during the financial crisis almost a decade ago.