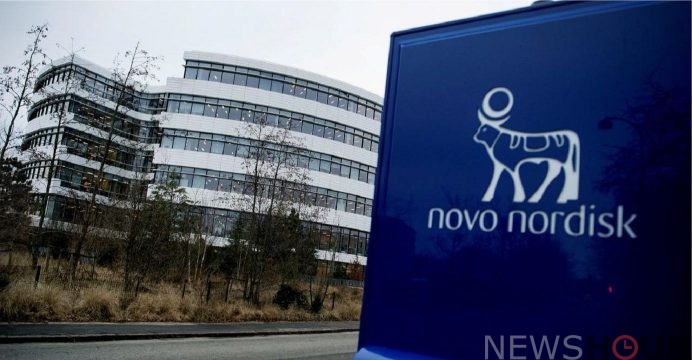 Novo Nordisk proposed to acquire Ablynx for upto €30.50 per share in cash

Novo Nordisk has conducted a deep analysis of Ablynx’s business and product portfolio, based on publicly available information, including caplacizumab, ALX-0171, vobarilizumab, its other pipeline products, and partnerships.

Novo Nordisk confirms that it made a proposal on 22 December 2017 to acquire Ablynx for €28.00 per share in cash and one CVR with total potential cash payments over time of up to €2.50 per share. This proposal implies a total equity valuation of approximately €2.6 billion for Ablynx and represents a premium of up to 60% over Ablynx’s share price as of 6 December 2017 of €19.12, which was the day prior to our first proposal, and up to 66% over Ablynx’s 3 month VWAP of €18.39 as of 5 January 2018.

Novo Nordisk has conducted a deep analysis of Ablynx’s business and product portfolio, based on publicly available information, including caplacizumab, ALX-0171, vobarilizumab, its other pipeline products, and partnerships.

Following that analysis, Novo Nordisk has concluded that combining Ablynx’s caplacizumab with Novo Nordisk’s strong global hematology franchise and extensive worldwide resources is a compelling opportunity and provides the clearest path to realizing the full potential of Ablynx’s portfolio in the best interests of all stakeholders, including patients and physicians.

It is firmly believed that the combination of Ablynx’s pipeline, R&D team, and antibody engineering platform with Novo Nordisk’s own R&D organization would create a stronger combined research base. Novo Nordisk recognizes the value of maintaining Ablynx’s presence in the Ghent area and intends to keep Ablynx’s strong R&D base within Ghent and further develop Ablynx as a center of excellence in Nanobody discovery and engineering.

BACKGROUND TO THE PROPOSALS

On 7 December 2017, Novo Nordisk made an initial non-binding proposal to acquire Ablynx for €26.75 per share in cash. This proposal was rejected by Ablynx’s Board of Directors on 14 December 2017.

Following this, Novo Nordisk has made a number of attempts to engage in a dialogue with Ablynx, which were rejected by Ablynx’s Board of Directors.

On 22 December 2017, Novo Nordisk submitted a revised non-binding proposal to acquire Ablynx for up to €30.50 per share, including €28.00 per share in cash and one CVR with total potential cash payments over time of up to €2.50 per share.

Novo Nordisk’s non-binding proposal submitted on 22 December 2017 consists of an upfront cash consideration of €28.00 per share and one CVR with total potential cash payments over time of up to €2.50 per share. Each CVR would entitle Ablynx’s shareholders to receive additional cash payments promptly upon the occurrence of the following events:

“The proposed transaction with Ablynx represents a compelling opportunity for both companies and is in the best interests of all of Ablynx’s stakeholders”, said Lars Fruergaard Jørgensen, the chief executive officer of Novo Nordisk.

“Novo Nordisk and Ablynx share a common focus on innovation-driven, patient-centric R&D. Novo Nordisk intends to use its full suite of regulatory, scientific and marketing expertise to complement the existing strong management and the medical team at Ablynx in order to optimise the development and global commercialization of caplacizumab for the benefit of patients suffering from aTTP. The proposed transaction is attractive for Novo Nordisk and is in line with Novo Nordisk’s stated strategy to invest in its Biopharm operations. Ahead of the rapidly approaching potential EMA approval of caplacizumab, we believe now is the right time to consider a transaction that maximizes value for all of Ablynx’s stakeholders.”

At this stage, there can be no assurance that any agreement with respect to the proposed transaction will be reached between the two companies. Novo Nordisk’s proposal to Ablynx’s Board of Directors is subject to satisfactory completion of due diligence and the negotiation, execution, and delivery of a mutually acceptable definitive transaction agreement. Novo Nordisk encourages Ablynx’s Board of Directors to engage in a negotiated transaction for the benefit of all stakeholders.