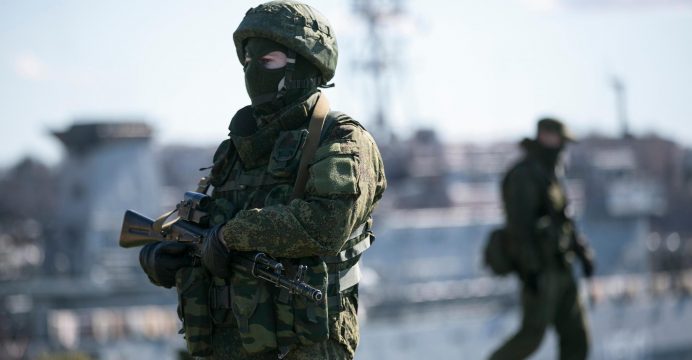 Ukrainian officials, security monitors and Kiev’s foreign backers warned on Wednesday that Moscow’s decision to withdraw from a Ukrainian-Russian ceasefire control group could worsen the fighting in eastern Ukraine.

On Monday, the Russian foreign ministry said it was recalling officers serving at the Joint Centre for Control and Coordination (JCCC) in Ukraine, accusing the Ukrainian side of obstructing their work and limiting access to the front line.

“We cannot rule out that they withdrew their officers in order to start stepping up not only military provocations but also military operations,” Turchynov said. “We will strengthen our positions at the front.”

“The Ukrainian armed forces are currently prepared for a change in the situation,” Poltorak told journalists.

A Russia-backed separatist insurgency erupted in 2014 and the bloodshed has continued despite a ceasefire that was meant to end the conflict. More than 10,000 people have been killed, with casualties reported on a near-daily basis.

A spokesman for the Organisation for Security and Co-operation in Europe, which works with the JCCC to monitor the much-violated Minsk peace agreement, said:

“We are concerned about any step that might lead to a further deterioration of the security situation in the region, affecting both the SMM (OSCE special monitoring mission) and the civilian population.”

Fighting between Ukrainian troops and separatists has climbed to the worst level in months, the OSCE said this week, after the shelling of a frontline village wounded civilians and destroyed or damaged dozens of homes.

Russia denies accusations from Ukraine and NATO it supports the rebels with troops and weapons, but the U.S. envoy to peace talks, Kurt Volker, said Moscow was answerable for the violence.

“Russia withdrew its officers from JCCC – a ceasefire implementation tool – right before a massive escalation in ceasefire violations. Ukraine just suffered some of the worst fighting since February, 2017. Decision for peace lies with Russia,” Volker tweeted on Tuesday.

Germany and France, which have spearheaded international efforts to resolve the conflict, expressed concern. A Germany foreign ministry spokesman said “it could have severe consequences for civilians in the conflict zones.”

“We call on the Russian authorities to reconsider this decision and hope that the Ukrainian authorities will guarantee access to Ukrainian territory to Russian representatives of the joint center (JCCC),” said Alexandre Giorgini, deputy spokesman for the French foreign ministry.

Created in 2014, the JCCC is made up of Ukrainian and Russian officers, who are meant to work together to ensure the safety of OSCE monitors and help implement the Minsk ceasefire.