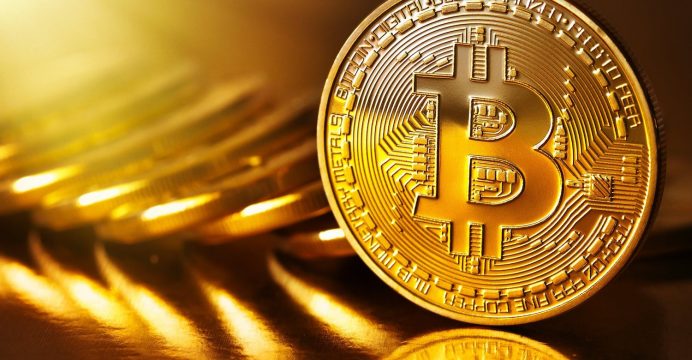 Is Bitcoin destined to crash?

According to the latest reports “Bitcoin extended its eye-popping rally on Wednesday, breaking above $12,000 to a record high despite questions about the cryptocurrency’s real value and worries about a dangerous bubble”.

Bitcoin received a boost after Friday’s announcement by the main U.S. derivatives regulator that it would allow CME Group Inc. and CBOE Global Markets to list bitcoin futures contracts.

What is the secret behind the rapid surge in the value of cryptocurrencies such as bitcoin? Why is everyone talking about the new Klondike that will make them loads of money? I began to hear Bitcoin about a year or so ago and did not take much notice until I was asked to take part in a TV Program to discuss the subject. I did some research and have written articles in Arabic and have given more interviews.

Bitcoin came into existence in 2009 as a computer-based digital currency inspired by a Japanese guy called Satoshi Nakamoto. Nobody is able to confirm whether he exists or not, or who is behind him so the real identity of the Bitcoin inventor remains a mystery.

The idea inspired by Nakamoto involved the creation of a cryptocurrency and a worldwide payment system that operates without a central administration. The network is based on peer-to-peer doing transactions through a complex computer program which is engulfed in secrecy but transactions are apparently verified by a network node. Transactions are recorded in a public distributed ledger called a Block-Chain, at least this is the theory.

I must also add this crypto-currency is shrouded in secrecy and anonymity which makes it hard for authorities to monitor, control or police let alone regulate. It is feared that the secret nature of Bitcoin trading may attract illegitimate activities such as money laundering, terror-financing, and tax dodging.

UK News media reported on December 4th that the increasing popularity of Bitcoin has forced the UK Treasury to make plans to regulate bitcoin and other cryptocurrencies to bring them in line with anti-money laundering and counter-terrorism financial rules.

Stephen Barclay, the Economic Secretary to the Treasury, said: “The UK Government is currently negotiating amendments to the anti-money-laundering directive that will bring virtual currency exchange platforms and custodian wallet providers into Anti-Money Laundering and Counter-Terrorist Financing regulation.”

At the present, there are no rules or regulations governing the Bitcoin trading transactions. If an account is hacked, and as a result, a trader or an account holder loses all his crypto money, nobody will come to his aid. There is no mechanism for redress or compensation. There is no regulatory framework or cryptocurrency conduct authority to enforce any rules.

BUT WHY IS THE SUDDEN SURGE IN THE VALUE OF BITCOIN?

Experts believe that many people feel they are missing out if they don’t seize the opportunity to make a quick profit. Also, some countries are talking about allowing the Bitcoin to be traded legally.

The value of the bitcoin soared by 1775% since the beginning of the year. The bitcoin value breached the $10,000 barrier end of November 2017 and soared again to above $11000 early December before it retreated back to just above $10,000. According to some reports, the average annual return since 2010 was above 400% which is extraordinary, considering the average return on the stock market is around 6%. An FT report recently indicated that Bitcoin was worth around $300 in 2015 and reached $11000 a week or so ago prompting the question: Is the bubble going to burst at some point? If it does, it wouldn’t be the first or the last. History is littered with financial meltdowns, economic crashes, bubbles, and financial catastrophes.

Experts are fond of quoting the Dutch tulip bubble. Many people traded or sold possessions, including properties, to participate in the tulip market mania. Like any bubble, it all came to an end in 1637, when prices dropped and panic selling began. Bulbs were soon trading at a fraction of what they once had, leaving many people in financial ruin. The other example was the South Sea Stock mania, the bubble burst in 1721. In modern times, the 1929 Stock Market Crash which destroyed confidence in Wall Street and led to the Great Depression.

The most spectacular recent bubble was the Dotcom collapse which occurred in the late 1990s and was characterized by a rapid surge in equity markets fuelled by investments in Internet-based companies. During the dotcom bubble, the value of equity markets grew exponentially, with the technology-dominated NASDAQ index rising from under 1,000 to more than 5,000 between 1995 and 2000.

DOES BITCOIN HAVE A FUTURE?

The latest news from the US is that the Chicago Mercantile Exchange and Chicago Board Option Exchange are planning to launch bitcoin future contracts in 2018. Significantly the NASDAQ, the US exchanges operator is doing the same.

Bitcoin according to bankers is a speculative asset which is not tangible. Unlike gold, it has no intrinsic value. But according to the London Financial Times, the number of hedge funds investing in cryptocurrencies rose from 55 last summer to 169 now.

At the most practical level, you cannot buy a pair of shoes, or groceries using bitcoin. You can’t pay a deposit on a flat or buy an airline ticket using bitcoin. This is at the present.

Some banks are not ruling out never to touch bitcoin. Institutions are looking into bitcoin and other cryptocurrencies. The Bank for International Settlement (BIS) in Switzerland is examining the potential of the bitcoin.

At the moment there are a lot of sceptics. Joseph Stiglitz the Noble Prize winning US Economists said in an interview recently: “Bitcoin must be outlawed. It doesn’t serve any socially useful purpose.”

Jamie Dimon, chairman and CEO of JPMorgan Chase caused a stir in September by calling the digital currency a “fraud.” In October responding to a question about bitcoin he said if people are “stupid enough to buy it, they will pay the price for it in the future.”

However central bankers are not sure yet. According to the Sunday Times 3rd December Sir Jon Cunliffe the Bank of England deputy governor said “this is not a currency in the accepted sense. There is no central bank that stands behind it.”

William Dudley president and chief executive of the Federal Reserve Bank of New York said: “At this point, it’s really very premature to be talking about the Federal Reserve offering digital currencies, but it is something we are starting to think about.”

FINALLY WHAT WE MAKE OF THIS?

Over the weekend, it was China’s central bank. Then, on Tuesday (Dec. 05), the Reserve Bank of India (RBI) warned investors against betting on bitcoin and other cryptocurrencies. Do these major financial institutions know something about Bitcoin that we don’t already know?