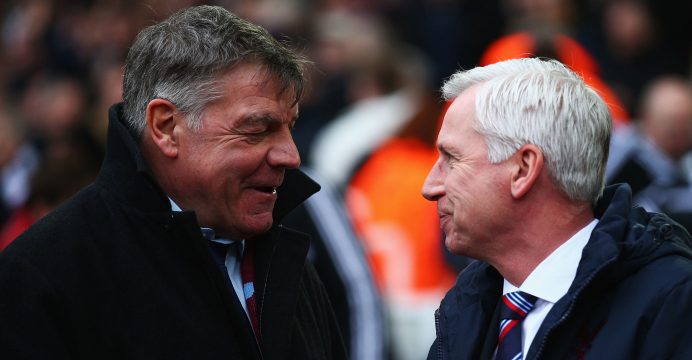 Sam Allardyce and Alan Pardew could both return to the Premier League as managers of Everton and West Bromwich Albion respectively as soon as Wednesday, according to British media reports.

With both clubs just two points above the bottom three, the experienced English duo’s history of keeping clubs in the Premier League has led to them being linked with two sides desperately battling to beat the drop.

Staying up is now the overwhelming priority for many Premier League clubs, which is hardly surprising given teams are assured of o100 million ($134 million, 113 million euros) in broadcast revenue simply for remaining in English football’s lucrative top flight.

Reports in several British newspapers said representatives of Allardyce — whose time as England manager was ended after just one game by a newspaper sting — had been having talks with Everton. They added Allardyce could be unveiled as the permanent successor to Ronald Koeman at Goodison Park before Everton’s league match at home to West Ham on Wednesday.

Caretaker manager David Unsworth, who has won just one of his seven games in charge since being promoted from the role of Everton Under-23 manager after Koeman was sacked in October, said: “As we sit here right now, I believe the board are talking to a few people.

“Talks are ongoing, but nothing has been finalised yet with anybody,” added Unsworth, who still expects to be in charge of the Merseysiders on Wednesday despite last weekend’s 4-1 loss to Southampton.