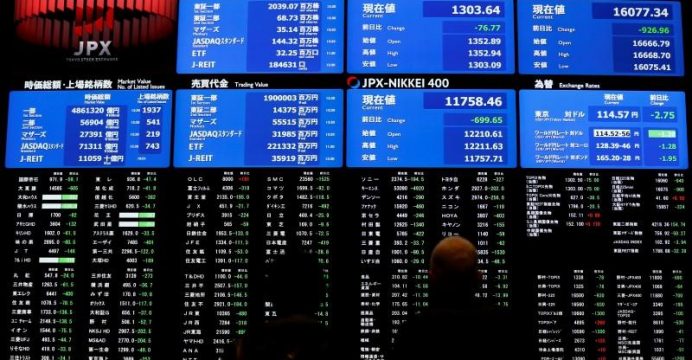 However, SoftBank was down 2.20 percent at 9,985 yen, after its US wireless unit Sprint and T-Mobile announced over the weekend they had called off merger talks.

T-Mobile, an affiliate of Germany’s Deutsche Telekom, and Sprint are the third and fourth largest US wireless operators, respectively.

Together, the pair would have had 131 million subscribers, virtually matching second-ranked AT&T and posing stiff competition to market leader Verizon Communications. The dollar traded at 114.22 yen in early Asian trade, up from 114.05 yen in New York late Friday.

In US trade Friday, all three indices ended at records with the Nasdaq gaining the most and the Dow notching its 56th record high of 2017.