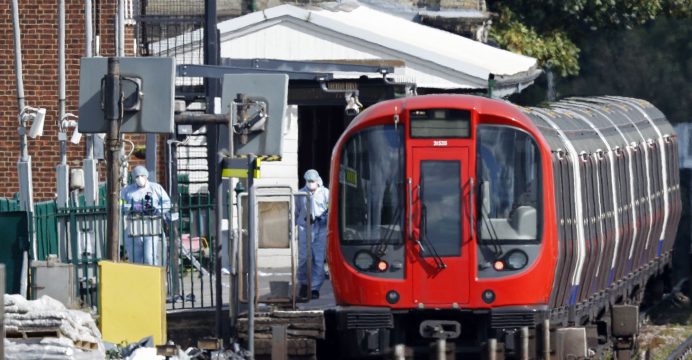 A second man has been arrested over Friday’s bomb attack on a London underground train that injured 30 people, police said on Sunday, as Britain remained on its highest level of alert with soldiers helping provide security.

The 21-year-old man was detained under Britain’s Terrorism Act in the west London suburb of Hounslow just before midnight on Saturday, the Metropolitan Police said in a statement.

Police arrested an 18-year-old man in the port of Dover earlier on Saturday and then raided a property in Sunbury, a town near London and about four miles (six km) from Hounslow.

Islamic State claimed responsibility as it has for other attacks in Britain this year, including two in London and one at a concert by American singer Ariana Grande in Manchester in May.