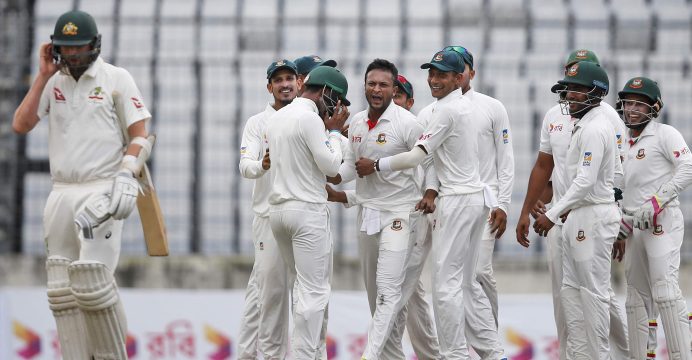 Bangladesh beat Australia in test match for the first time

Chasing 265 for victory, Steve Smith’s Australia looked set to win on the penultimate day of the first Test after David Warner hit 112.

Australia were still favorites at 158-3, but lost their last seven wickets for 73 runs.

Bangladesh’s victory comes in the first Test the two teams have contested since 2006, and again highlights Australia’s longstanding batting issues on Asian pitches — a 2-1 series loss in India earlier this year came after a 3-0 defeat in Sri Lanka in 2016. 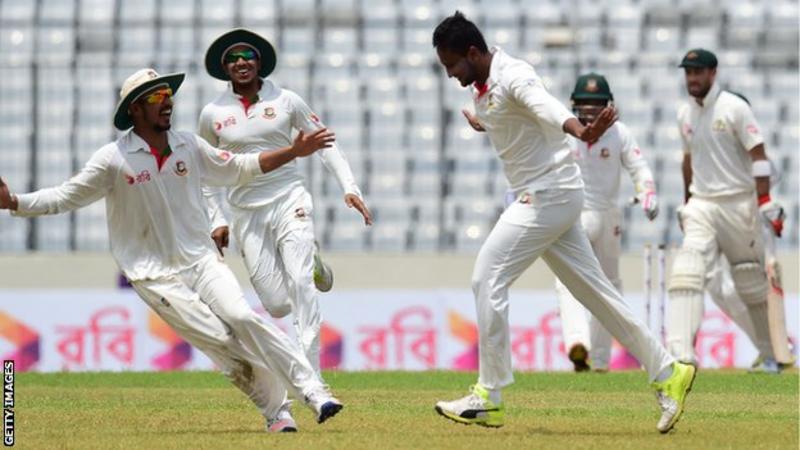 Five wickets in the innings by Shakib al-Hasan saw Bangladesh wipe through Australia’s middle and lower order after an excellent 130-run partnership from David Warner (112) and Steve Smith (37) threatened to rescue the match for the tourists.

Bangladesh had failed to win their previous five Tests against Australia.

The hosts gained Test status in 2000 and are ninth in the ICC Test rankings – five places below Australia.