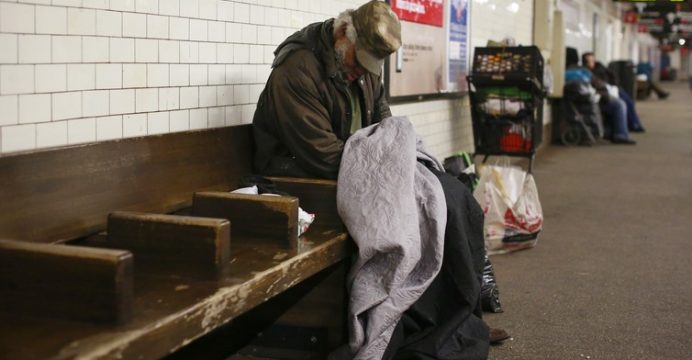 As life expectancy increases, so too have the number of years that older adults spend with substantial care needs, now reaching an average of 3.0 years for women and 2.4 years for men aged over 65 according to a new analysis of care needs in 2011 compared to 1991, published in The Lancet.

While care is increasingly provided in the community placing a significant burden on families, the study warns that at current rates of provision, an additional 71000 care home places will be needed by 2025 in the UK.

For adults aged over 65, the number of years spent with substantial care needs (medium or high dependency) has nearly doubled between 1991 and 2011 – increasing from 1.1 years to 2.4 years for men, and from 1.6 years to 3.0 years for women.

“The past 20 years have seen continued gains in life expectancy, but not all of these years have been healthy years. Our study suggests that older people today are spending more of their remaining life with care needs. Though most of the extra years are spent with low dependency – including help with activities such as washing, shopping or doing household tasks – older men and women are spending around one year more requiring 24h care. This finding, along with the increasing number of older adults with higher rates of illness and disability is contributing the current social care crisis,” says Professor Carol Jagger, lead author from Newcastle University, Newcastle, UK.

The researchers also analyzed whether or not people lived in care homes or the community. They found that older people with substantial care needs were less likely to be living in a care home in 2011 than in 1991. For instance, in 1991, three-quarters (73.5%) of adults aged 85 years who required 24h care were living in a care home, compared to about half (51.8%) in 2011.

The authors estimate that if rates of dependency remain constant, there will be an additional 190000 older people with medium dependency, and 163000 with high dependency by 2025 compared to 2015 (reaching 883000 for medium and 813000 for high dependency in 2025). While approximately half of these people will live in the community, at current rates of provision, this means an extra 71215 care home spaces will be needed by 2025.

“Our study estimates that by 2025, there will be an additional 353000 older people with complex care needs that require sustained input from family carers or community health and social care teams to support independent living. While many of these people will live in the community, at current rates of provision, this will mean a shortfall of over 71000 care home places by 2025.” Professor Jagger adds.

The authors highlight the burden on family and friends who often provide unpaid care in the community, and warn of the implications for health and social care services of the increase in care needs. They highlight the need for adequately trained professionals to care for older adults with complex needs. Early interventions for people with low dependencies, such as structured exercise, rehabilitation or assistive technology, could potentially slow down the decline and ensure fewer years are spent with higher dependency.

The study is the first to analyze the extent to which the current care crisis is due to greater levels of dependency than in previous generations, rather than simply greater numbers of older people. It compared data on cognitive function and aging in people aged 65 or over from three areas in England (Cambridgeshire, Newcastle, and Nottingham). 7635 people were included in the study in 1991, and 7796 in 2011. Levels of dependency were assessed via interviews in their place of residence, ie, their own home or a care home.

The authors note that there was little ethnic diversity in the two studies and therefore the results may not be generalisable to non-white populations in the UK.