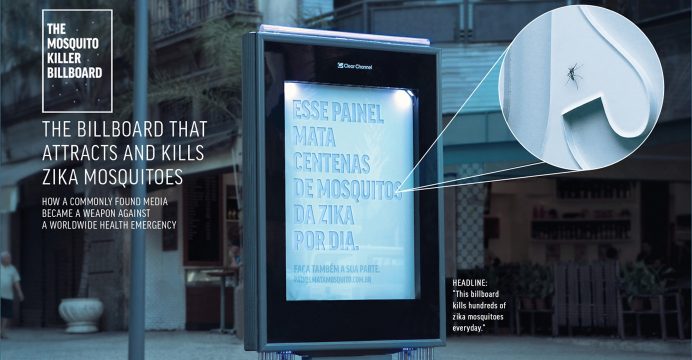 Two Brazilian advertisement agency has come up with what might be one of the most innovative weapons against mosquitos carrying virus like Zika, Chikungunya, and Dengue. As part of this campaign, they launched The “Mosquito Killer” billboard.

Advertisement agency Posterscope and NBS’s “Mosquito Killer” billboard already got attention by killing thousands Aedes Aegypti mosquitoes Daily by imitating the smell of the human body. Mosquitos that are lured to the billboard become trapped inside, and eventually die.

The idea, according to the agencies, is to help combat the Zika virus, which is carried by mosquitos and has spread rapidly across Brazil and Latin America. More than 1.5 million Zika cases have been recorded in Brazil since April 2015, according to the World Health Organization (WHO), and the US Centers for Disease Control and Prevention this month confirmed that the virus can lead to microcephaly — a condition that causes babies to be born with abnormally small heads.

Called quite simply The Mosquito Killer Billboard the ingenious device releases an airborne solution which replicates human sweat, attracting mosquitos from up to 4km away.

Once the mosquito arrives a powerful fluorescent bulb combined with a fan then draw the insects in before finally catching them on the large white sticky billboard. 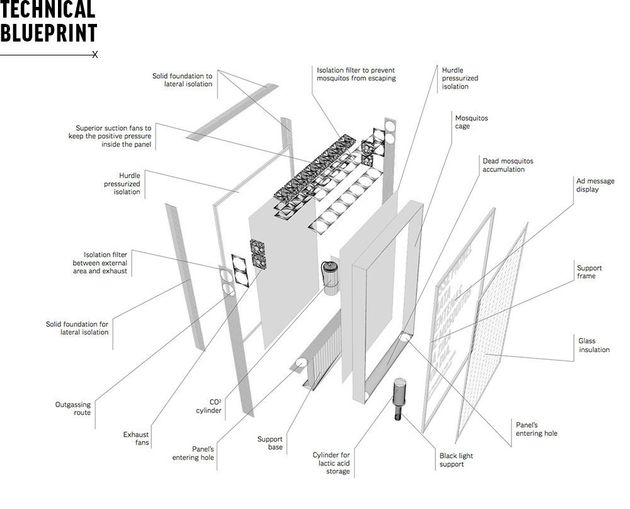 What makes the invention really powerful isn’t the message, it’s the fact that anyone, anywhere can replicate it.

The entire project by nbs has been created under a Creative Commons Agreement which means that any town council, organisation or individual can download the exact specifications and build their own.

Mayb it’s our time to make our own “Mosquito Killer” billboards to stop outbreaks of Zika, Chikungunya, and Dengue in our area.