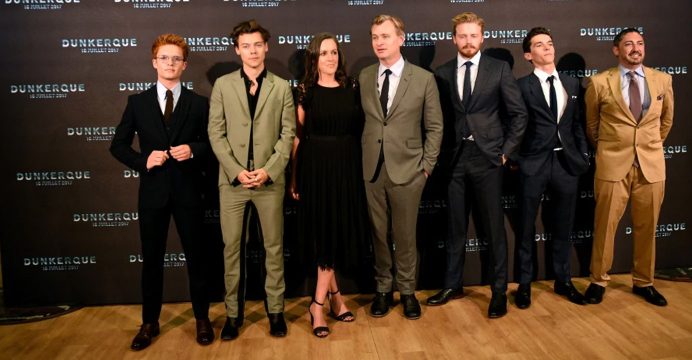 Christopher Nolan got personal to summon his miracle of ‘Dunkirk’

History, some of it intensely personal leant heavily on Christopher Nolan when he was making his wartime epic “Dunkirk”, which rolls out in cinemas across the world from Wednesday, reports BSS.

The English-born director of the “Batman” movies had long dreamt of tackling the story of how a kind of victory was pulled from Britain’s worst defeat of World War II.

With the cream of the British army trapped by a lightning German advance into northern France in May 1940, the country’s new leader Winston Churchill was told they would be lucky to get 30,000 men out alive.

But in nine days more than 10 times that number of British, French and Canadian troops were evacuated in what became known as the “Miracle of Dunkirk”.

Many were plucked from the beaches by a flotilla of “little ships” crewed by civilians who answered the call to cross the Channel.

Their courage came home to Nolan and his wife producer Emma Thomas when they crossed the same stretch of water in a small boat in what he described as “one of the most difficult and frankly dangerous experiences of my life.” “It drove home to us how heroic this was,” Thomas told AFP. “And no one was shooting or dropping bombs on us.” “I grew up in a household where the war was very important,” Nolan added.

– Grandfather’s grave – “My grandfather (Francis Thomas Nolan) was a navigator on a Lancaster bomber and he died near here in 1944. While we were shooting the film I took the children to see his grave. Seeing my own grandfather and the rest of his crew in a communal grave, you realise the concept of entertainment and war is a very tricky thing.”

Which is why “Dunkirk”despite its relentless high-octane action scenes is not “really a war film”, he said.

Instead Nolan wanted to turn it into a “survival story… and to create a different feeling and rhythm to what people have ever seen or experienced before in a cinema.”

“The leads at the heart of the film are kids,” he told AFP, including the pop star Harry Styles of One Direction fame.

“You are not expecting them to take on the German army. When you see the young soldier played by Fionn Whitehead at the beginning (fleeing German fire) you just want this guy to be OK. You don’t have a problem with him dropping his rifle and running. Because that is what you would have done.”

For a while Nolan — who is known for his technical and narrative daring — toyed with even making “Dunkirk” “almost as a silent film”, driven by “pictures and sound effects rather than dialogue.