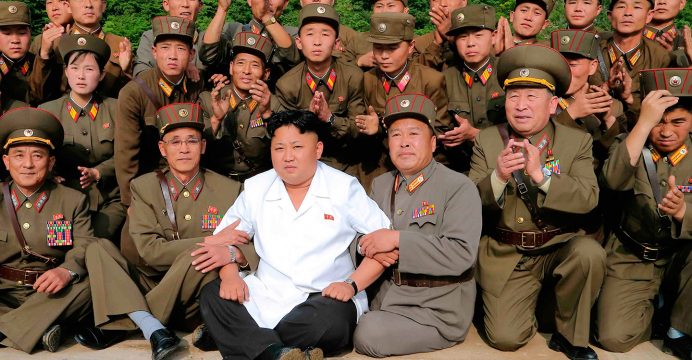 In an average year, maybe one North Korean defector will brave the land mines, tripwires and machine guns that are trained across the Demilitarized Zone (DMZ) that divides the two Koreas in a bid for freedom. The hazards are formidable and there are no statistics available for the number of people who die in their attempt to flee their repressive homeland.

Similarly, some half-a-dozen defectors will take to small boats on either the east or west coast of the peninsula and turn the bow towards the bright lights of South Korea. Again, there are no figures on how many are recaptured by North Korean border guards or who die at sea.

In June, however, no fewer than three North Korean soldiers have negotiated the DMZ and handed themselves into their South Korean counterparts, while seven civilians have been rescued from rickety boats after making a perilous crossing into the South’s waters.

South Korean media reported that one of the defectors was not a low-level conscript or hungry farm laborer, but one of the regime’s elite.

A small fishing boat was intercepted off the east coast of the peninsula on July 1 by a South Korean coast guard vessel. The boat was carrying five people, including a graduate of North Korea’s prestigious Pyongsong Institute of Science, his son, his son’s girlfriend and two members of his brother’s family. The man’s son and his girlfriend are also graduates of the same university and, as they were considered the elite in North Korean society, all were permitted to live in Pyongyang.

Media reports suggest the defectors had become disillusioned with life in the North after Kim Jong-un came to power in late 2011, and traveled to Wonsan to buy a fishing boat and escape.

“There are several reasons why we are seeing an increase in people trying to defect in general, but it is surprising to see so many in such a short time trying to come directly to the South because that is by far the hardest route,” said Song Young-chae, a member of the Worldwide Coalition to Stop Genocide in North Korea NGO.