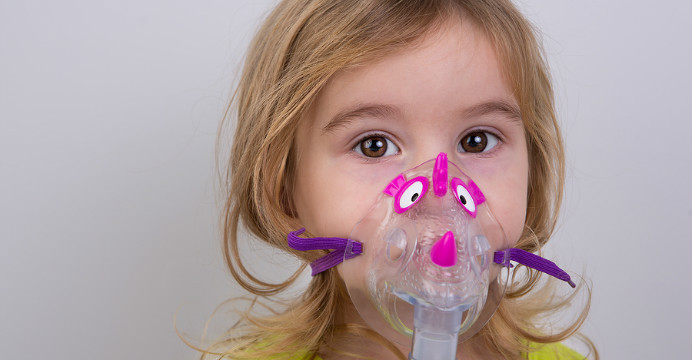 A combination of two drugs – lumacaftor and ivacaftor – improves lung function in children aged 6-11 with cystic fibrosis within 15 days of treatment, according to a phase 3 trial published in The Lancet Respiratory Medicine journal and presented at the European Cystic Fibrosis Society Conference.

Cystic fibrosis is a genetic disease that causes the lungs and digestive system to become clogged with thick mucus. The disease eventually causes respiratory failure and early death. It currently has no treatment that targets the underlying cause of the disease, but there are treatments to reduce symptoms of the disease.

Cystic fibrosis is caused by mutations in the CFTR gene. A mutation called F508del-CFTR is the most common with 38% of patients having two copies of this mutation. The drug combination trialed in the study corrects the errors in the cells caused by this genetic fault.

Lumacaftor and ivacaftor are two of the first medicines developed to target the underlying causes of the disease, and potentially provide a way to slow progression of cystic fibrosis – an important goal in the treatment of children with the disease.

In the study, led by researchers from The Hospital for Sick Children, University of Toronto, Canada, 206 children aged 6-11 years old with cystic fibrosis were either given the drug combination or a placebo for 24 weeks. The trial took place across 54 hospitals in nine countries.

The study found that those taking the drugs showed improved lung function – taking less time to clear air from their lungs. Meanwhile, lung function remained the same for those given the placebo.

As a result of the reduction in the amount of chloride in the children’s sweat (a sign to diagnose the condition), the research also suggests that the drugs are acting on the errors caused by the gene mutation.

These improvements were apparent in the group given the drug combination within 15 days of treatment and continued to be significantly lower than those given the placebo throughout the 24 weeks of the trial.

The study adds to evidence from other trials of the drug combination showing similar results in patients aged 12 and over.

“Our results suggest that this drug combination may help to preserve lung health in children with cystic fibrosis, potentially slowing the progression of the disease and allowing these children better quality, longer lives,” says lead author Professor Felix Ratjen, The Hospital for Sick Children, University of Toronto, Canada.

“Further research into long-term effects will be needed. If successful, giving the drug treatment soon after diagnosis will be crucial to ensure that the disease is slowed as soon as possible.”

The authors note some limitations in their study, including that the study was the first to use the lung clearance index as a primary measure of treatment success and experience of using it is still limited. During the study, patients in both groups continued to take other treatments to address the symptoms of their disease.