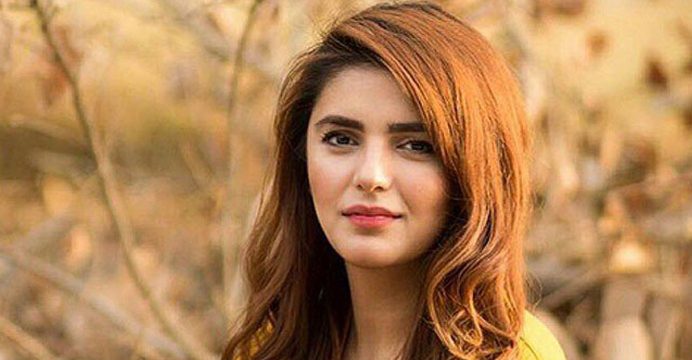 Momina Mustehsan: ‘My voice, the way I sing, naturally sounds like it’s autotuned’

A year ago, Momina Mustehsan was just a name among a sea of names of young, female musicians striving to leave a mark in Pakistan’s robust music industry. An ambition that has often come close to being fulfilled: she collaborated with singer Farhaan Saeed for the single Pee Jaun and her song Awari for the band Soch made it to the Bollywood sleeper hit Ek Villain in 2014. Cut to present: Momina is no longer yet another voice trying to make itself heard in the music industry. Instead, she is one of the most sought-after celebrities in Pakistan’s glamour fraternity. What exactly catapulted her into stardom? The one-word answer – that may as well be used as an adjective to describe the 24-year-old singer – would be Afreen (meaning beautiful in Urdu).

Despite being only 24, Momina is fully aware of the nature of the stardom she enjoys, the transience and the vulnerabilities of being a social media darling. As a result, the higher her popularity soars, the more rooted she becomes. Today, she does not have a manager to manage her work, no stylist to deck her up for the big ticket events and no social media manager to curate content for her legion of fans spread across Instagram (where she has 1 million followers), Twitter (100.1k) and Facebook (517k). “I am a DIY-kind of a person,” she jokes. How does this sense of stardom compare to the one enjoyed by the television and movie stars of Pakistan? “Television in Pakistan now is quite obsolete, in the sense that there is nothing for the youth. 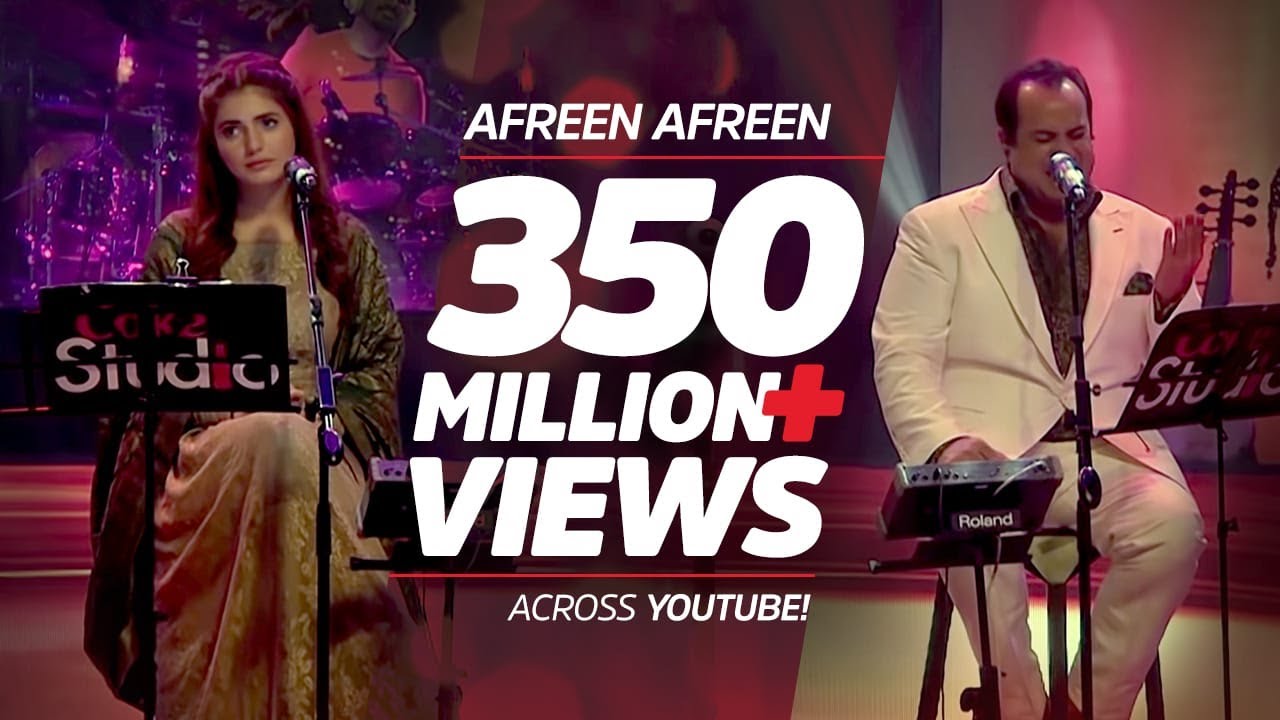 There are either news channels or drama channels that play rone dhonewale drame (sob stories) and largely cater to the aunties. So, the medium of communication for the new generation is social media. Being a sensation on social media is same as being a star on TV. The only difference is that the opinions people had earlier were restricted to word-of-mouth discussions. Today, everyone has a social media account; everyone thinks they are entitled to have an opinion. That makes artists and other public figures more accountable.” For Momina, accountability is welcome as long as the talking point revolves around her music. This was evident in the manner in which she recently handled questions about her anthem for the Pakistan Super League team Islamabad United. Titled Cricket Jorray Pakistan, many opined that Momina’s voice in the song had been autotuned. “My voice, the way I sing, naturally sounds like it’s autotuned. The anthem that was put out initially was doubletracked. In today’s world, everything needs to come out with a PR strategy because social media is not easy to please. Even when you upload a video, you need to have a perfect thumbnail for it. Islamabad United did not do any of that. I admit it was poor execution, but the intentions were great.”

Read more: ‘Foodicious Dhaka’ is all about the food culture of old Dhaka Bangladesh

The Momina magic first cast its spell last year. In a bid to pay tribute to the legend Nusrat Fateh Ali Khan, Coke Studio Pakistan had an episode featuring Rahat Fateh Ali Khan and Momina recreating the late singer’s iconic song Afreen Afreen. While opinion on social media was largely divided on whose rendition (Nusrat or Rahat’s) packed greater punch, Momina Mustehsan emerged as the undisputed star of the episode. Amna Haider Isani, editor of the News International’s InStep magazine notes that Momina’s youthful persona perfectly complemented Rahat Fateh Ali Khan’s voice of experience. “Plus, this decade has seen the rise of many powerful female vocalists in Pakistan and the nation was happy to embrace Momina, who held her own against the mighty Khan. I don’t think Momina can be trivialised as one of the glam-fam’, but rather as someone who sang a record-breaking song.”

Indeed, her flawless charm was evident in the manner in which the then 23-year-old kept up with a senior artiste like Rahat Fateh Ali Khan. This, obviously, did not go unnoticed by social media. Almost immediately, she earned the distinction of being the USP of the season. If on one hand, the Internet could not stop gushing over her beauty, a parallel commentary emerged on her singing calibre. An over-the-top love along with over-the-top criticism gave birth to the celebrity that Momina Mustehsan is today in Pakistan. A reason why her relationship with her stardom can, at times, be tad complicated. “When I first saw it (the video), I was like, ‘Oh, not bad’. But later in the day, when my social media began to blow up, the feeling changed from happy to ‘Oh my God’. All of a sudden how I look, how my hair was done, what I was wearing was being subjected to someone’s critical opinion. It took me a while to develop a thick skin. Even if 99 per cent of the comments were positive, that 1 per cent of comments would be really nasty. At times, I’d just call up my friends and say, ‘I want my life back.'”

That life was a thing of the past now. In the days that followed, reams would be written about every minute development in Momina’s life. From casual sightings to her newest Instagram post, social media kept a close eye on her, as they would on any other celebrity. But somewhere the intervention turned into intrusion! To put things in perspective, Momina recounts the days leading to her engagement with Ali Naqvi. “I got engaged because both the families wanted it. My fiance and I didn’t even know each other well around that time. We met for the first time only two-and-a-half weeks prior to the engagement. He was extremely supportive. We were open to the idea of knowing each other better, and that’s why we did not want the news of the engagement to reach out to the public.” The news did reach out, and a spectacle followed. “It was a very small gathering of close family members and somehow someone got hold of a picture. That photograph was everywhere on social media; TV channels were running the news every now and then. I had to come out and give an official statement because there had been a lot of fake accounts that suggested that it was a still from a TVC shoot. And I obviously didn’t want to deny anything.”

If the initial attention was not enough, the one that followed her breakup was more fierce. “People began speculating on what had gone wrong. Everyone was writing about it or talking about it. It was as if they were rubbing it in my face.” During one of the most emotionally challenging times of her life, Momina stood tall. Even as she spoke about her break up, at no point did she paint a picture of a heartbroken woman. “When you are in the public eye, you cannot give anyone even the slightest glimpse of your unhappiness. The good thing that came out of this was that a lot of young girls, who had gone through a similar setback, wrote to me, admiring the way I had conducted myself during this time.”

Momina herself realises the urgency of changing that perception. She cites an incident to prove how her talents and achievements are increasingly getting eclipsed in the halo of glamour that surrounds her. Recently, a Pakistani engineering university invited Momina to speak to their students (she is a qualified mathematician and an engineer) as part of a Ted Talk. “There was a huge crowd there. Anyone who would go up on stage to speak, the crowd would just start chanting my name. When I went on to the stage, they weren’t disrespectful, but would just not listen to what I had to say. To the point where I had to leave. Ted X is a serious platform, but the crowd there got too excited.”

It is not the love that is the problem, says Momina, “but people do not know how to express themselves”. She roots for a more intimate relationship with her fans, a bond whose measure is not a selfie. “I often find that people just take selfies and leave. I mean I want to talk to them. I believe in adding a personal touch to a meeting; I want people to go back home thinking I know them. Perhaps they’re scared and think I’m not interested.”

As of now, Momina is toying with the idea of pursuing her masters in New York. At the peak of her popularity, does it make sense? “Anything that goes up, also comes down. If you go up with it, your fall will be harder. I want to keep my sanity and not get lost in all this.” That, in short, is the essence of the woman that is Momina Mustehsan.