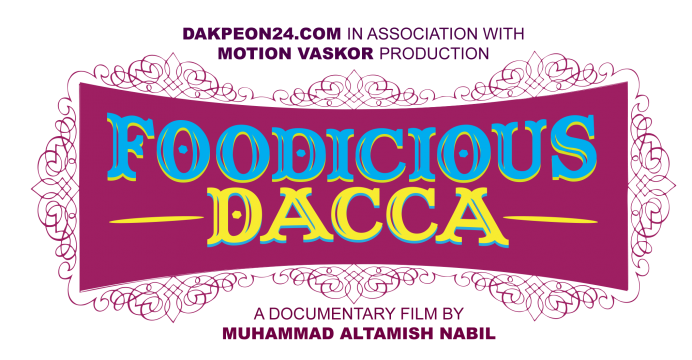 Hajir Biriyani, Nanna Mia’s morog polao, Bismillah Kabab, Cafe Corner’s cutlet or the Iftaar of chawkbazar- you cannot even pronounce the name of these foods without getting the water on your mouth. Not only the food shops or Bazaar, the residence of Old Dhaka are also famous for their food culture. Honored as the city in 1608 AD, Dhaka, after the long duration of several hundred years of ups and downs, has its unique culture of food delicacy maintained by its people.

Introducing the rich & diversified food culture of Old Dhaka, a short documentary entitled ‘Foodicious Dhaka’ (Bengali Term “Dhakkai Khana”) has been started shooting. Under the joint banner of Motion Vaskar and Dakpeon24.com, the documentary is directed by Muhammad Altamish Nabil and produced by Tasnim Tarannum Nitol. Iqbal Hossain Iqu is the Executive producer of the documentary and Rubayet Khair Rushdi is working on script supervision. 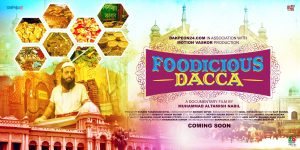 Shooting of the script has started on the holy night of “Shab-e-Barat” by filming on the Barati Rooti Bazaar. Talking about food diversity in the Old Dhaka, Director Nabil said, “Old Dhaka’s food attracted me from student life. All the nostalgias of Dhaka being a sweet calm city becomes bigger than anything in the streets of old Dhaka. We started this documentary to promote festivity of food cuisine in Old Dhaka, and it will continue throughout the year. Topic of this documentary includes, the original old Dhaka food shops and the festivals of this region with an enhancement of detailed description of culinary tradition and history. After the end of the filming (which is by the middle of next year), we want to take part in the world’s prestigious film festivals.”

Bidrohi Dipon is the cinematographer of this English documentary and Saif Russel is the editor. Music is directed by Mahamud Hayet Arpon. ‘Radio 71’ is the radio partner of the film.

This article has been posted by a News Hour Correspondent. For queries, please contact through [email protected]
2