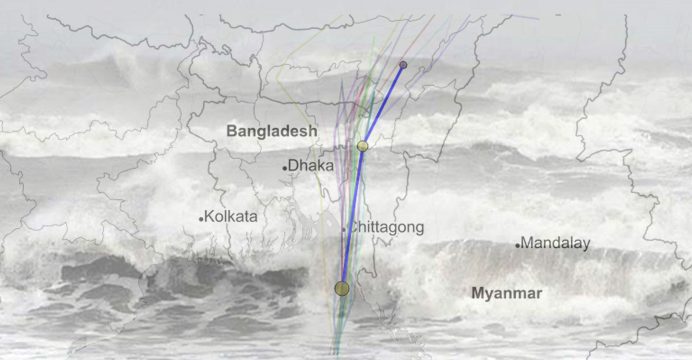 Mora was centred at around 385km south of Chittagong port and 305km south of Cox’s Bazar port around 7pm on Monday, said a report published on the website of the Bangladesh Meteorological Department.

Prime Minister Sheikh Hasina, who is now in Austria, is continuously communicating and getting updates from the officials in Dhaka about the latest situation of the cyclone Mora.

She is also giving necessary instructions to the officials involved in tackling the tropical storm, the Prime Minister’s Press Secretary Ihsanul Karim told the media.