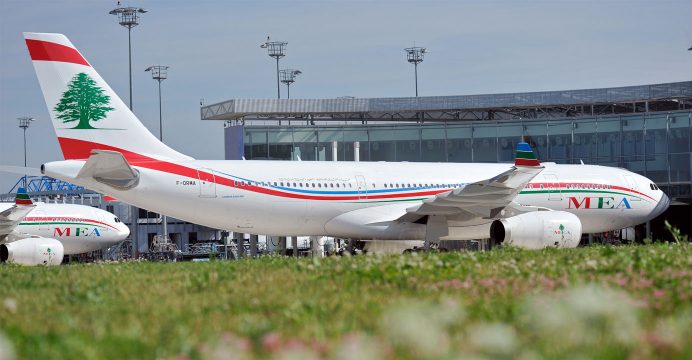 The training aimed to enhance the capacity and skills of cabin crew supervisors and airport agencies in effectively identifying victims of trafficking and referring them to adequate care in Lebanon. The training was facilitated by a team of counter-trafficking experts from the Lebanese Ministry of Justice, Internal Security Forces and IOM.

“Airports are a hub, where trafficking in human beings starts and flourishes,” stated Judge Rana Akoum from the Ministry of Justice, highlighting the importance of raising awareness with the airport staff at the opening of the training. “A training that targets cabin crew supervisors and airport staff is really important. They can be a watchful eye over the indicators of trafficking and play a role in identifying victims,” said Akoum.

“The training supports existing efforts to increase the identification of human trafficking cases among at-risk populations, and referral of victims to specialized care,” stated Fawzi Al Zioud, IOM Lebanon Head of Office, at the training. “We are happy to see the private sector taking steps to combat human trafficking and hope to strengthen that by ensuring a wider awareness on this crime to the general public,” said Al Zioud.

The Government of Lebanon has made significant efforts towards addressing human trafficking in recent years. However, a lot can still be done to actively identify cases and enact a referral mechanism in order to protect and assist victims of trafficking.

“It is very interesting to gain knowledge on how to identify trafficked cases and necessary to act to help victims,” said Rima Abu Rahal, a Middle East Airlines cabin crew supervisor, who took part in the training. “It is very useful to raise awareness with the cabin crew on this topic. I believe this training should expand to reach out to captains and more staff if possible,” she added.