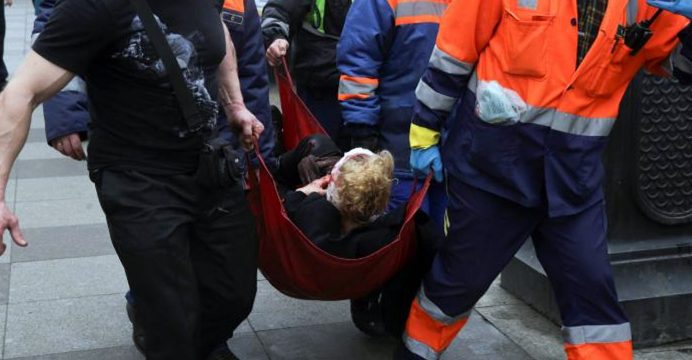 An explosion has hit an underground station in the city of St Petersburg. At least 10 people are feared dead and dozens wounded in a blast in the metro system of Saint Petersburg, Russia’s second city, according to local authorities.

The Tass and Interfax agencies reported a blast at the Sennaya Ploshchad metro station, which left a number of victims. Initial reports suggested there had been two explosions, one at Sennaya Ploshchad and Tekhnologichesky Institut stations.

Ambulances and fire engines descended on the central Sennaya Ploshchad metro station after the explosion on Tuesday at 240pm (11:40 GMT). Russian media initially reported that there were two blasts, but officials later said that there was only one blast which happened in a train carriage between two stations on a busy line.

Another explosive device was later found at a different station in central St Petersburg and made safe, the country’s National Anti-Terrorist Committee said. 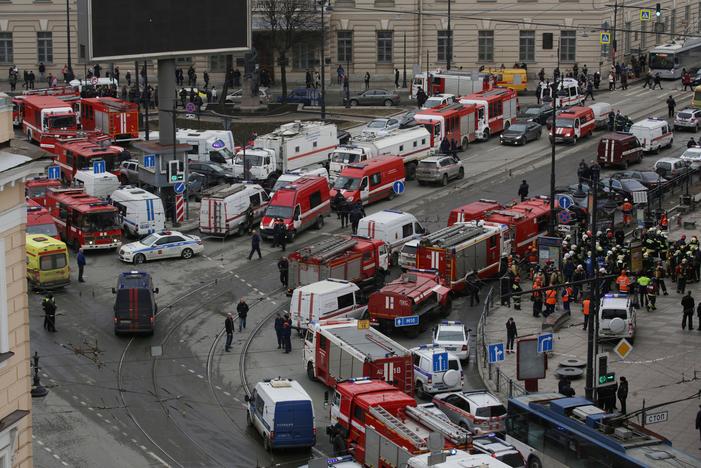 Images posted on social media showed a train carriage with its doors blown out and damage inside.

Russian President Vladimir Putin, who was in St Petersburg to attend an economic forum, said the government was considering all possible causes for the blasts.