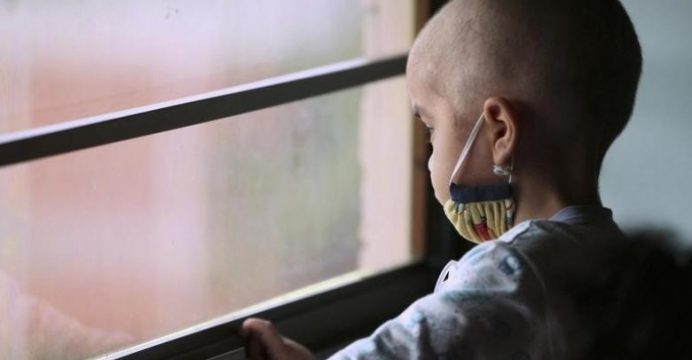 Child and young adult cancer patients often struggle to lead a normal social life, and even two years after being diagnosed, many still have reduced functioning in the social realm, a recent study suggests.

Symptoms of the disease may impair a young person’s ability to interact with friends and family, or feelings of isolation could also keep them apart – either way, researchers write in the journal Cancer, treatment plans should focus on reducing psychological symptoms and building up social support for young patients, reports Reuters.

“A cancer diagnosis can disrupt social maturation, the process by which young people develop self-views, social cognition, awareness, and emotional regulation that guides them throughout the remainder of their lives,” said lead author Olga Husson of Radboud University Medical Center in the Netherlands.

To see how young cancer patients fared over time, the researchers recruited 215 cancer patients between the ages of 14 and 39 shortly after they had been diagnosed at one of five major U.S. hospitals.

The participants answered survey questions within four months after diagnosis, then again a year later and two years later. Researchers also analyzed clinical records to assess each patient’s severity of disease, their symptoms and treatments over the study period.

The survey questions gauged each participant’s level of psychological distress and need for support or counseling services. In addition, patients were asked about their social functioning, including whether physical or emotional issues interfered with their social activities with friends and family.

Social functioning was scored on a scale of zero to 100, with higher scores representing better functioning. Researchers then compared the participants to young people without cancer, whose social functioning scores average around 85.

However, the level of functioning stayed relatively stable after that, with no significant improvement at the two-year follow up when scores averaged about 69.

Around one in 10 participants showed consistently high social functioning throughout the study, while nearly a third had consistently low scores.

Nearly half of the participants improved their social functioning throughout the study, while for 13 percent scores declined.

“A lot of kids who undergo cancer treatment isolate themselves from their peers,” said Elana Evan, an associate professor in pediatrics at the University of California, Los Angeles who was not involved in the study.

“Their body looks different, there’s a lot of physical symptoms and psychological symptoms from the treatment,” Evan said by email.

For teenagers, this may be especially difficult, as this is the time period in which young people tend to become more independent from their families and experiment with different social groups, she said. Social supports should really start to be a focus during treatment, she added.

“We need to really look at the individual strengths of the child and build upon that and build that support system early on,” Evan said.