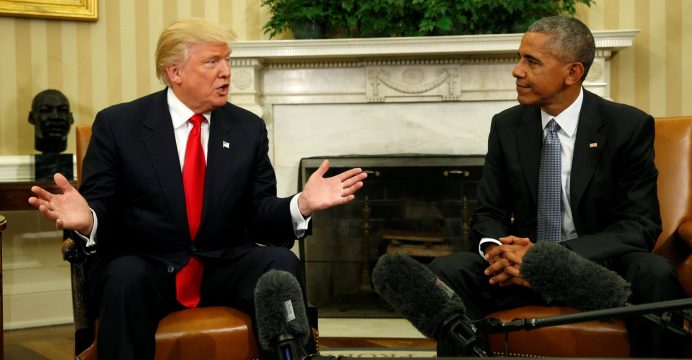 When Johnathan Smith resigned from the U.S. Justice Department on Inauguration Day, he looked forward to spending time with his infant son, but that plan unraveled a week later when President Donald Trump unveiled his explosive foreign travel ban.

It is not surprising that Smith and some of his colleagues, political appointees of Democratic President Barack Obama, would leave the Justice Department now led by Republicans. What is unusual is how fast they have signed up to be Trump adversaries.

Some Republican lawyers say they were less hasty in moving into oppositional roles post-election. George Terwilliger, a senior Justice Department official under President George H.W. Bush, described the Obama lawyers’ actions as “unprecedented to my memory – and really bad form.”

One reason for the Obama lawyers’ quick moves, some of them said, was Trump’s aggressive use of executive authority from day one, which was guaranteed to attract court challenges.

Obama faced legal fights over executive power and some of his challengers were formerly lawyers for President George W. Bush, over issues such as immigration and Obamacare. But those came later in Obama’s presidency.