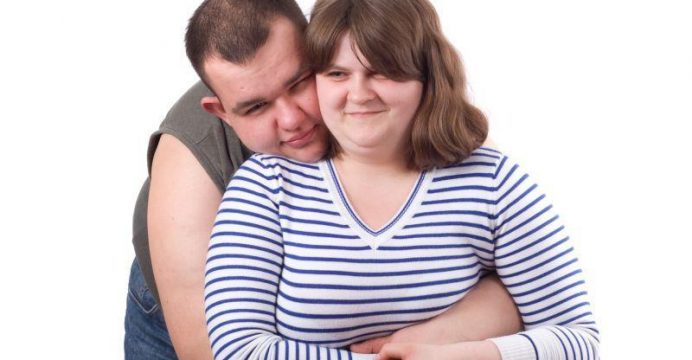 Couples who are obese may take longer to achieve pregnancy

Couples who are obese may take longer to achieve pregnancy than partners who aren’t as overweight, a recent U.S. study suggests.

Previous studies in women have linked obesity to difficulties getting pregnant. In the current study, neither male nor female obesity alone was linked to taking a longer time to conceive, but when both partners were obese, the couple took up to 59 percent longer to conceive than non-obese counterparts, reports Reuters.

“If our results are confirmed, fertility specialists may want to take couples’ weight status into account when counseling them about achieving pregnancy,” said lead study author Rajeshwari Sundaram of the Eunice Kennedy Shriver National Institute of Child Health and Human Development in Bethesda, Maryland.

“The benefits of a healthy weight are well known: obesity increases the risk for diseases such as type 2 diabetes, heart disease and cancer,” Sundaram added by email.

The legs of women are pictured as they walk along a street in Paris, France

Sundaram and colleagues focused on the relationship between pregnancy and body mass index (BMI), a ratio of weight to height. A BMI between 18.5 and 24.9 is considered a healthy weight, while 25 to 29.9 is overweight, 30 or above is obese and 40 or higher is what’s known as morbidly obese.

An adult who is 5 feet 9 inches tall and weighs 160 pounds, for example, would have a BMI of 23.6, which is in the healthy range. An obese adult at that height would weigh at least 203 pounds and have a BMI of 30 or more.

Then, the researchers compared the average time to conceive for couples where neither partner was obese to couples where both fell into the obese class II group.

After accounting for other factors that influence fertility such as age, smoking status, exercise and cholesterol levels, obese class II couples took 59 percent longer to get pregnant.

In addition, 60 percent of the women and 58 percent of the men said they exercised no more than once a week, the researchers report in Human Reproduction.

Beyond its small size, another limitation of the study is that it wasn’t a controlled experiment designed to determine whether obesity directly causes infertility, the authors note. It also focused on couples in the general population, not people undergoing treatment for infertility, so the results might not reflect what would happen for all couples trying to conceive, the researchers point out.

However, unlike many other studies of obesity and fertility, the current analysis used height and weight measured by clinicians instead of relying on participants to report this information themselves, which may make the findings more accurate.

Obesity can influence fertility by altering hormone levels in both men and women, converting testosterone to estrogen, said Dr. Jeffrey Goldberg, section head of reproductive endocrinology at the Cleveland Clinic in Ohio.