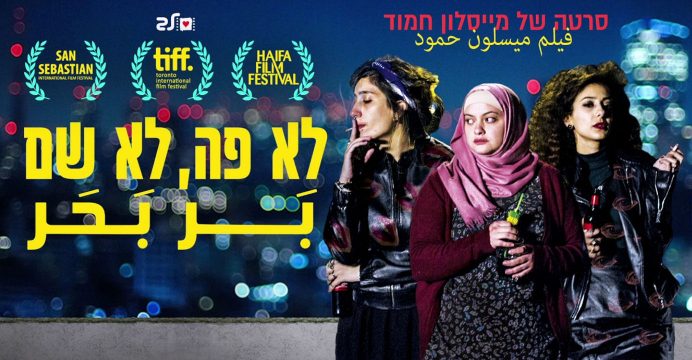 The culture clash in “Bar Bahar” starts off when Nur, a veiled and conservative Muslim, moves into a flat with two other Arab Israeli women and sees their drug-taking, party-going lives.

But for its director, the real shock of the film, which opened last month in Israel, has been the controversy it has whipped up, even death threats on social media.

In its two hours, the Galilee-born filmmaker, 35, tackles almost all the taboos of Arab Israeli society: drugs, alcohol, homosexuality.

Salma is rejected by her Christian family for being a lesbian, while Leila leaves her boyfriend when she discovers he is more conservative than he claims.

But above all, there is the story of Nur, a native of the conservative city of Umm al-Fahm — a stronghold of the Islamic Movement, close to the ideology of the Muslim Brotherhood.

Conservative, and initially shocked by the attitude of her roommates, Nur and the other two become friends and allies.

She ultimately rebels against her family and traditions by leaving her religious fianc, Wissam after he rapes her, a scene shown on screen.