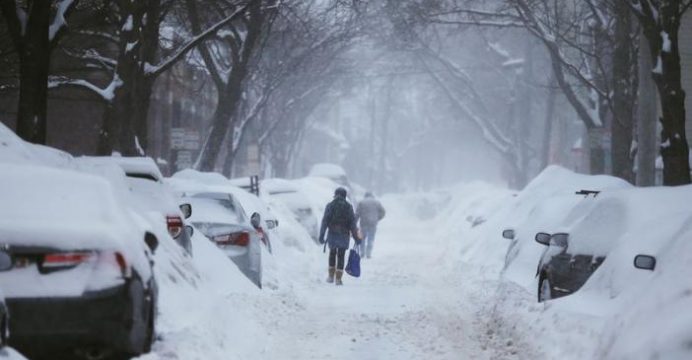 Women, however, didn’t appear to have an increased risk of heart attack after a major snowfall. While previous studies have linked snow shoveling to an increased risk of heart attacks in the days following major storms, the current study offers fresh insight into this connection by examining several decades of health data for individual patients hospitalized in Quebec, reports Reuters.

“We found that both the quantity and duration of snowfall were associated with an increased risk of heart attack for men but not women,” said lead study author Dr. Nathalie Auger of the University of Montreal. 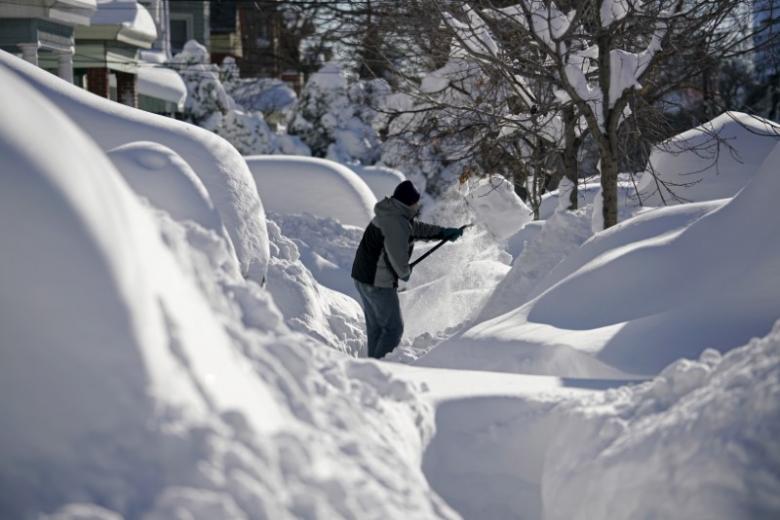 It’s not clear from the results why researchers only found an elevated risk for men. But the findings suggest people should be more cautious when shoveling and avoid it whenever possible, especially if they have a history of heart problems, Auger said.

“It may be that men shovel more than women, particularly after heavy snowfalls,” Auger added by email. “It is also possible that men put more effort into shoveling, and have a tendency to overdo it.”

To explore the connections between winter weather and heart attacks, researchers examined data on 128,073 hospital admissions and 68,155 deaths from heart attacks in Quebec between 1981 and 2014.

They focused only on heart attack hospitalizations and deaths from November to April, the months when snowstorms typically hit, and obtained detailed weather data including the amount of snow and duration of storms.

Overall, men accounted for 62 percent of the hospital admissions and 57 percent of deaths, researchers report in CMAJ.

One-third of heart attacks happened the day following snowfall, and about 10 percent happened after at least 5 centimeters (2 inches) hit the ground.

The duration of storms also mattered.

Limitations of the study include the lack of data on whether people did in fact shovel snow, or how hard they worked if they did, the authors note. People might not exert themselves as much removing snow with a snow blower as they would shoveling it by hand, the researchers point out.

“We really don’t know for certain whether snow shoveling was the only explanation for their results,” Dr. David Alter of the University of Toronto said by email. “That said, there are studies that have shown mechanistically, how much strain is placed on the heart during snow shoveling.”

Women also shouldn’t assume from these results that they wouldn’t boost their risk of a heart attack by overexertion while shoveling snow, added Alter, who wrote an editorial accompanying the study.

“The risks do not only extend to men,” Alter said. “If you are sedentary, not participating in regular exercise, and over the age of 50 with risk factors for heart disease or with established heart disease, I would not recommend snow shoveling.”

If it’s unavoidable, Alter recommends bundling up to keep warm and using a snow blower if possible or using a shovel to push snow aside rather than to heave it up and toss it into a pile.