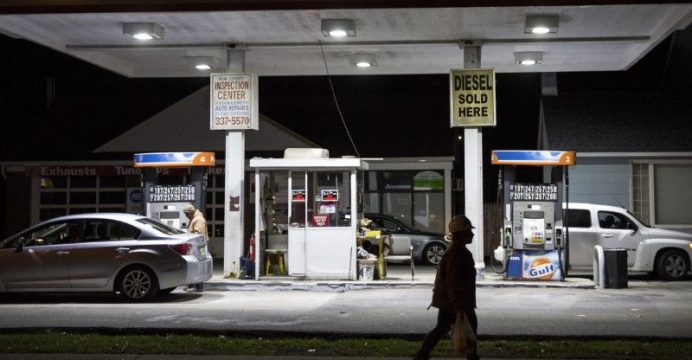 U.S. refiners are facing the prospects of weakening gasoline demand for the first time in five years, stoking fears that earnings this year may be even worse than the dismal performances seen in 2016.

The sign of weakening U.S. gasoline demand comes as U.S. refiners are in the midst of reporting their worst year of earnings since the U.S. shale boom started in 2011. The oil boom turned to bust in 2014, and U.S. independent refiners reaped the profits as plunging pump prices and a growing economy helped fuel a surge in demand, reports Reuters. 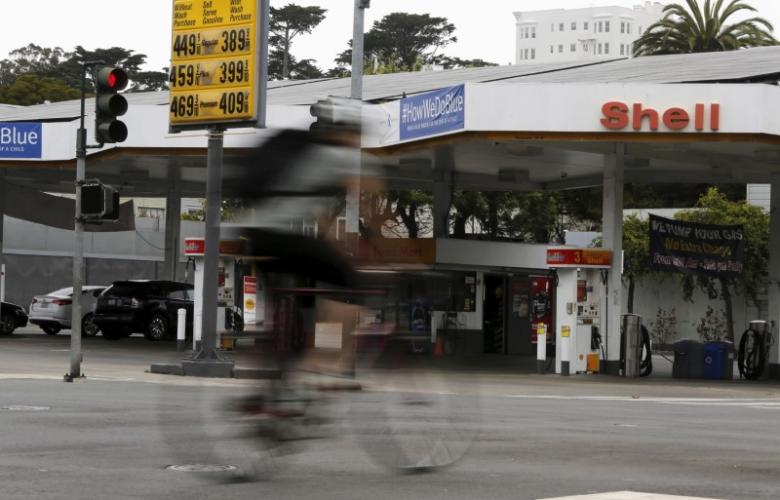 A cyclist rides past a sign showing the prices of gas at a filling station in San Francisco, California

“We are very cautious on refining margins, and on demand,” Sarah Emerson, a managing principal at ESAI Energy LLC, said. “When oil prices go up, gasoline demand is going to go down.”

The U.S. Energy Information Administration said Wednesday that the four-week average of gasoline supplied in the United States was 8.2 million barrels per day, lowest since February 2012. U.S. gasoline demand is closely watched by traders since it accounts for roughly 10 percent of global consumption.

“It’s tough to base conclusions solely on the weekly data, which can be off significantly,” said Mark Broadbent, a refinery analyst with Wood Mackenzie. “If the demand is low as it the data shows, then it’s a going to be a real problem for refiners.”

Gasoline use has grown every year since 2012, despite fears that demand has topped out amid the growth of fuel efficient cars, urbanization and a graying population.

Executives at independent U.S. refiners Marathon Petroleum Corp, Phillips 66 and Valero Energy Corp acknowledged the weaker-than-expected seasonal volume in earnings calls this past week but said they anticipated strong demand to return. They said they expect production cuts in the U.S. Midwest and a busy spring refinery maintenance season to help trim inventories.

“Although we have seen unusual weakness in refined products demand in January, we expect that solid economic growth will continue to support good, underlying demand for refined products as inventory levels are worked down over the course of the year,” Marathon CEO Gary Heminger said on Thursday.

Other refiners, including PBF Energy Inc, Tesoro Corp, and HollyFrontier Corp, will be reporting earnings this week. Valero executives said the EIA data did not reflect what they are seeing in their own network, where demand has remained strong. They noted that gasoline demand has risen on a year-over-year basis when exports are added to domestic consumption.

Last January, overall crude runs were up 500,000 bpd as refiners shifted away from diesel and other products to gasoline to chase more attractive margins amid a mild winter and sluggish diesel demand. The move led to an overbuild of gasoline stocks that lingered into the summer, punishing margins when they should have been at their strongest.

This January, crude runs are at historic levels, up by roughly 300,000 bpd over last year. While executives noted the similarities to last year, they said one thing that sets this season year apart is that gasoline inventories are now swelling with winter-grade gasoline, which must be sold off to make room for summer grade, which U.S. regulators require to have a lower Reid Vapor Pressure, or RVP. That means inventories are not likely to linger – and so summer gasoline margins could be preserved.