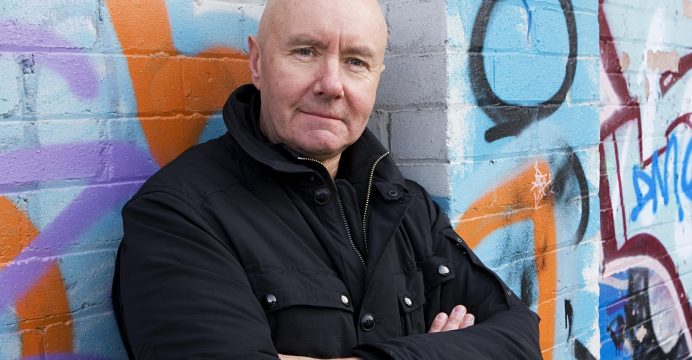 The author of “Trainspotting”, a grim comedy about young Scottish drug addicts that proved a huge hit in the 1990s and still enjoys cult status, sees “bleak dystopia” in the age of Donald Trump and Britain’s Brexit vote.

The novel by Scottish writer Irvine Welsh, depicting an underclass hit by industrial decline and scornful of conventional values, looks as relevant as ever in an era marked by popular rejection of establishment politics.

“We seem to be in a very bleak dystopian era of ultra- nationalism, and the world has become smaller and suspicious of strangers,” said Welsh, who has published another 10 books since “Trainspotting”, his first novel, reports Reuters.

Britain voted to end its 40-year membership of the European Union last June in a shock referendum result many saw as a protest against the established order. Trump’s victory in the U.S. presidential election has been viewed in the same way.

Welsh told Reuters in an interview that such outcomes provided rich material for a writer but said it was “terrible” for ordinary citizens.

Commenting on Trump’s combative inauguration speech, in which he pledged to “put America first”, Welsh compared the president to a “drunken uncle” who gate-crashes a wedding party and makes the groom’s speech for him.

Welsh is back in the headlines this week with the release of “T2 Trainspotting”, a film by director Danny Boyle that picks up the story 20 years later.

The first “Trainspotting” movie, also directed by Boyle, became an era-defining hit after its 1996 release.

With its hallucinatory visuals and pulsating soundtrack, the movie shocked many with its scenes of casual and desperate drug taking, brutally exposing a segment of society that had been left behind by the mainstream.

Welsh, 59, said that since he wrote the book, the impact of automation on jobs had further widened the impact of industrial decline so that it had now spread beyond traditional blue collar communities.

He is from the run-down part of Edinburgh where “Trainspotting” is set, though he now lives in Chicago, returning to Scotland for around three months a year. He said he was not part of the literary scene, preferring to spend time with people from other walks of life.