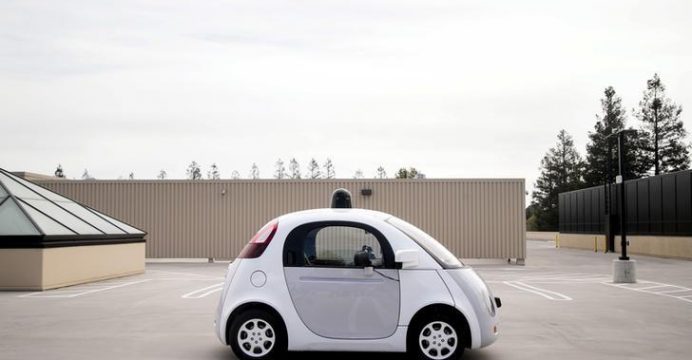 We recently did a write-up on yet another company committing to self-driving cars. This is beginning to be a common theme among not only automobile manufacturers but also in the tech industry and ride-sharing services like Uber and Lyft as well. Everyone with any sort of connection to cars or technology seems to want in on the self-driving phenomenon, and it’s beginning to seem more likely that we’ll see autonomous cars on public roads by 2020, if not sooner.

That doesn’t mean that the technology is ready to go just yet. In part the delay until 2020 is expected to occur because we’ll be waiting on government regulations regarding the legality of self-driving cars on public roads. But the delay is also due to the need to perfect the technology that will make these cars operational and safe. With that in mind, here are three important questions still facing self-driving tech developers.

It sounds like the simplest thing in the world, but bad weather—specifically rain or snow—can severely inhibit the ability of self-driving car sensors to map and navigate their surrounding environments. This is not a problem that can’t be overcome. After all, an iPhone 7 screen can respond immediately to touch commands when it’s soaked in water.

Sensors that can deal with snow and rain can certainly be developed. The trouble here is that it doesn’t appear to be a priority. Vox addressed the issue in an article on some of the remaining hurdles for these technologies and quoted a university expert named Edwin Olson as suggesting that even self-driving cars that work only in fair weather are extremely valuable. This may be true but it seems to miss the point that these cars need to be able to react to any and all potential hazards—including a storm that arises out of nowhere.

Self-driving cars are getting very close to mastering the task of mapping their surroundings and reacting to their environments.

However, an article from Telogis about the “human touch” needed in autonomous vehicles explained that the same cars are unable to account for nonverbal communication between drivers (or pedestrians). Drivers frequently communicate the intention to change lanes, exit a parking lot, and more through eye contact, hand signals, and other subtle modes of communication.

Science News did a similarly themed article and pointed out a number of serious challenges. One that stood out as a technological hurdle for self-driving car developers was the issue of cybersecurity. Th article noted that hackers managed to bring a Jeep to a full stop in the middle of a highway by getting into its entertainment system and accessing its braking and steering systems back in 2015.

That’s a terrifying concept, and one that will be even scarier when cars are fully operating through electronic and cloud-based connections. Before putting cars on the road, autonomous vehicle developers need to be absolutely certain that those cars and their respective networks are secure.