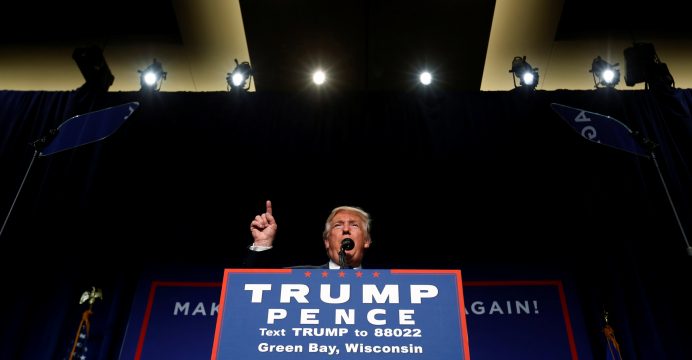 Senate confirmation hearings this week for President-elect Donald Trump’s nominees for top jobs – from secretary of state to attorney general – should provide a test of his ability to work with fellow Republicans in Congress to enact his agenda.

Trump’s challenge is to ensure the 100-member Senate’s 52 Republicans stick together to confirm his Cabinet choices to provide a smooth transition to power when the real estate magnate takes over from Democratic President Barack Obama on Jan. 20. A total of seven confirmation hearings are expected this week, starting on Tuesday with hearings for U.S. Senator Jeff Sessions on his bid to become attorney general and a session for retired Gen. John Kelly, Trump’s pick for secretary of homeland security, reports Reuters.

Both present opposition Democrats the opportunity to raise questions about Trump’s immigration proposals, such as his vow to build a wall along the U.S. border with Mexico and a pledge to temporarily suspend immigration from regions deemed to be exporting terrorism.

The hearings are likely to show how well Trump – a newcomer to elected office – and his team are at holding Republicans in line as he prepares an expansive legislative agenda that includes reworking Obama’s signature healthcare law and tax reform.

“I think you’re going to see Senate Republicans by and large rally around Trump’s nominees and that will set the tone hopefully for a cooperative and productive relationship going forward,” said Republican strategist Ryan Williams.

“That will foster goodwill and collaboration that will allow the administration to work with Republicans because inevitably there will be differences and they will have to address them at some point,” he said.

Five more nominees have hearings on Wednesday, the same day Trump is to stage in New York his first news conference since being elected president.

Trump spokesman Sean Spicer said he believed all would ultimately be confirmed.

“We have an unbelievable all-star group of nominees,” he said. “I think each one of them is going to be confirmed with not only Republican votes but with Democratic votes as well.”

To get them ready for tough questions, the Trump team has put the nominees through mock hearings in a room on the sixth floor of a government building in downtown Washington that is being used for transition activities.

The practice sessions have covered the gamut of what type of questions the nominees should expect, including everyday concerns like the price of a gallon of gas.

Each mock hearing has also included at least one mock protester who has tried to disrupt the proceedings, a transition official said.

Nominees have held more than 300 meetings with U.S. senators and met 87 of the 100 members of the Senate, including 37 Democrats. They have spent more than 70 hours participating in mock hearings.

Democrats have raised concerns that several nominees have not yet completed an ethics review process demanded by the congressional Office of Government Ethics, but there was no sign that this would lead to a delay.