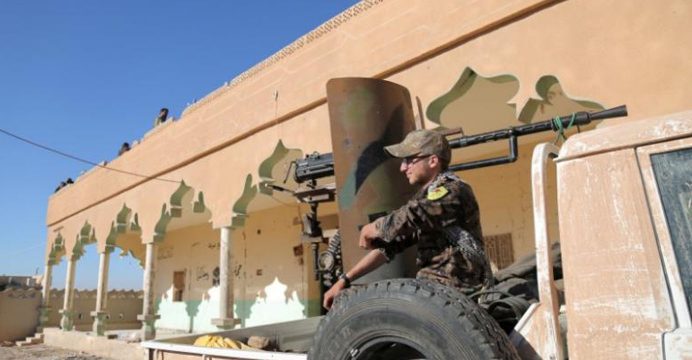 A U.S.-backed alliance of militias fighting Islamic State hopes a U.S. decision to ease some restrictions on arming groups in Syria will lead to them getting anti-aircraft missiles, its spokesman said on Tuesday.

He declined to say who these could be, noting there was currently no armed confrontation between the SDF and the Syrian government and its Russian backers.

The Syrian government has been heavily backed in the war by Russian aircraft.

The SDF, backed by U.S. special forces in a campaign that has driven Islamic State from swathes of northern Syria, fights separately from the rebels opposed to President Bashar al-Assad.

It is dominated by the Kurdish YPG militia, which has established a large self-governing area in northeast Syria.

The YPG has mostly avoided conflict with Syrian government forces, but Syrian warplanes carried out air strikes on the mostly Kurdish-controlled city of Hasaka in August.